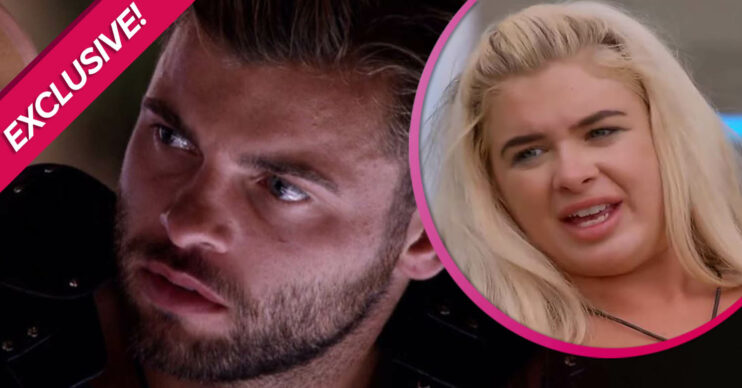 Love Island ‘teaching girls what NOT to put up with from a man,’ says relationship expert

The Islanders have had ups and downs in their couples

Love Island 2021 has been explosive so far with the couples experiencing many ups and downs in their relationships.

Faye and Teddy hit a rough patch after the show’s infamous Casa Amor twist while so did Millie and Liam after he kissed bombshell Lillie in the other villa.

Meanwhile, Liberty is currently doubting her relationship with boyfriend Jake after she saw footage of him appearing to encourage the other boys to cheat in Casa Amor.

Now, a relationship expert has weighed in and believes the show is teaching young girls what NOT to put up with from a man.

Ruby Payne, dating and relationship at Uberkinky, told Entertainment Daily!: “I’m truly unimpressed with the boys’ behaviour in this season of Love Island.

“They’ve had their heads turned left, right and centre, pushed their luck on multiple occasions and certainly don’t seem to know the meaning of loyalty.

“Then there’s the obsession with putting their relationships to the ‘test’, which seems to be nothing more than an excuse to search for something better.”

She continued: “But if there’s a silver lining, it’s that this year’s couples are teaching girls what NOT to put up with from a man.

“The idea of testing your relationship, to me, is utter bull. As Millie said, ‘if you know, you know.’

“You won’t need to be waiting for someone to come and change your mind.

“Her and Liam are back on track and have become ‘exclusive’, after he locked lips with Lillie in Casa Amor (three times!).

“This has definitely rubbed fans up the wrong way, as Millie said herself, the magic of the relationship has died.

“Televising this doesn’t exactly set the best example of knowing your worth and sticking to your guns when someone disrespects you.”

What’s happening with Jake and Liberty on Love Island?

Moving on to discuss Jake and Liberty – who are the only couple officially boyfriend and girlfriend – Ruby said his actions have “taught us a lot”.

She explained: “What we’ve seen was Jake admitting to not being sexually attracted to her, and egging on other guys to cheat in Casa Amor.

“His controlling behavior in not letting Liberty congratulate Kaz on her new relationship status with Tyler gave us some major red flags.

“Jake’s hurry to ‘sweep things under the rug’ and repetition of Liberty being his ‘girlfriend’ when she comes to him with a genuine problem comes across as manipulative and does nothing to resolve any issues.”

She added: “We all know that Liberty deserves better, and it seems she’s finally seeing sense and following her gut.

“Liberty’s rocky week has shown us that if your man is taking you for granted, he’s not the one for you.

“Ultimately, televising these relationships in a high stress environment for reality TV is definitely going to show us the good, the bad and the ugly, so we can’t take it all at face value.

“But if we’ve learnt anything, it’s that if your man doesn’t have eyes for you and you only, doesn’t fancy the pants off you and isn’t into giving you 100%, there’s certainly more fish in the sea.”