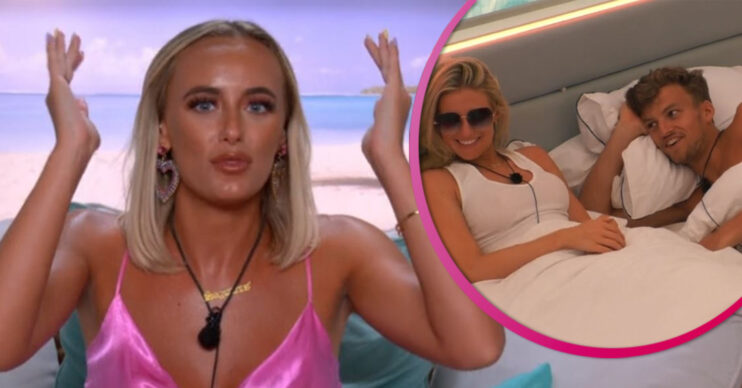 Love Island 2021: Show warned by Ofcom over welfare of contestants

Love Island 2021 producers have been warned by Ofcom about the welfare of its contestants.

The ITV2 reality show previously faced criticism over the impact it had on contestants’ mental health in recent years.

TV watchdog Ofcom has put into place new rules to protect the welfare of TV stars and warned shows could face sanctions if this isn’t ensured.

Adam Baxter, Ofcom’s Director of Broadcasting Standards, told Radio Times: “This means that broadcasters now have to take due care of people they feature…

“…who might be at risk of significant harm –primarily vulnerable people and those not used to being in the public eye.

“…involving conflict and emotionally challenging situations, or requiring a person to disclose life-changing or private aspects of their lives.”

Mr Baxter went on to say that they have “the power in the most serious of cases to fine broadcasters or take away their licence to broadcast”.

The show previously came under fire after the deaths of former contestants Sophie Gradon and Mike Thalassitis, who both tragically took their own lives.

Ahead of this year’s seventh series, ITV released new duty of care protocols for pre-filming, filming and aftercare.

A registered mental health professional will support contestants throughout pre-filming and filming.

In addition, there were pre-filming psychological and medical assessments which took place.

There’s also a welfare team available to help the Islanders during the show and after.

Contestants will also be offered a minimum of eight therapy sessions when they return home.

Meanwhile, this year’s series is in full swing with the Islanders trying to find love in the villa.

He had to choose between the girls and he went with Faye, meaning poor Rachel left.