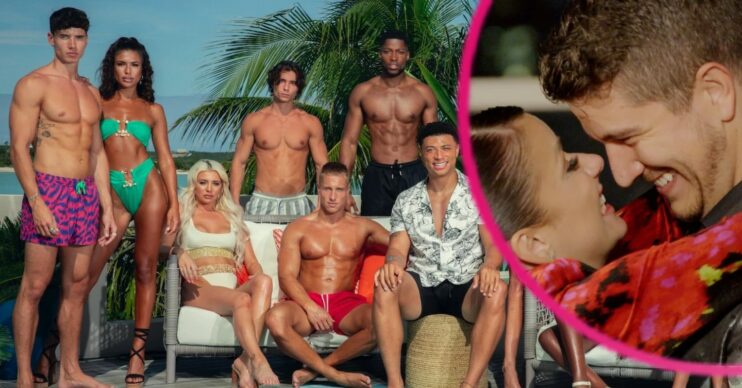 Netflix, Channel 4 and Amazon Prime Video all have their own Love Island-style shows

The couple bagged the £50,000 cash fund after winning over viewers with their whirlwind romance.

But are you already missing the ITV2 series? If so, we’ve rounded up a list of must-see dating shows for you to binge.

And, dare we say it, they’re even better!

The drama-filled reality show features a group of gorgeous singletons living in a tropically located villa.

However, there’s a twist. The contestants are not allowed to kiss or get physical with one another.

In fact, if they do, the overall cash prize money is slashed for not only them but the entire group.

Hilarity ensues, and the first season got rather steamy too.

Season 1 and 2 of Too Hot Too Handle are available to stream on Netflix right now.

Unless you live under a rock, you’ve probably heard of Netflix series Love Is Blind.

It took the world by storm at the start of the pandemic, and kept us on the edge of our seats until the very end.

The show is an experiment to test if love really is blind as participants get to know the opposite sex through pods.

The couples ended up falling in love, getting engaged and some even tied the knot after seeing and spending time with each other.

Plus, there’s also the After the Altar reunion special.

Season one of Love is Blind and the reunion special is available to stream on Netflix.

Married At First Sight sees couples paired up by relationship experts and made to walk down the aisle before knowing each other.

There’s plenty of international versions, but MAFSA is truly the pinnacle.

The latest series took Australia by storm and when it finally aired in the UK over a year later, some of the contestants became the most controversial reality TV figures in years.

There are 8 series in total, so you’ve got plenty to get stuck into. But our personal favourite? Series 6!

You can stream Married At First Sight Australia on All 4.

The show originally aired on BBC Three in 2014, but now the streaming giant is rebooting the series.

For the new season, Netflix invited around 50 single men and women to go on dates with each other while dressed in elaborate disguises supplied by Hollywood make-up artists.

However, this is where it gets bizarre.

Only when they’ve formed a real connection and start to like each other are they allowed to see each other’s real faces.

You can stream Sexy Beasts on Netflix.

It stars Shiri Appleby as a young reality television producer pushed to her limits by her manic boss (Constance Zimmer) to swallow her integrity and do whatever it takes to manipulate contestants and get blockbuster ratings.

It’s dark, sexy and salacious… and it was written by producers who actually used to work on reality dating shows!

You can watch all four series of UnREAL on Amazon Prime Video.

Will you be watching any of these? Let us know on our Facebook Page @EntertainmentDailyFix and tell us what you think of this story