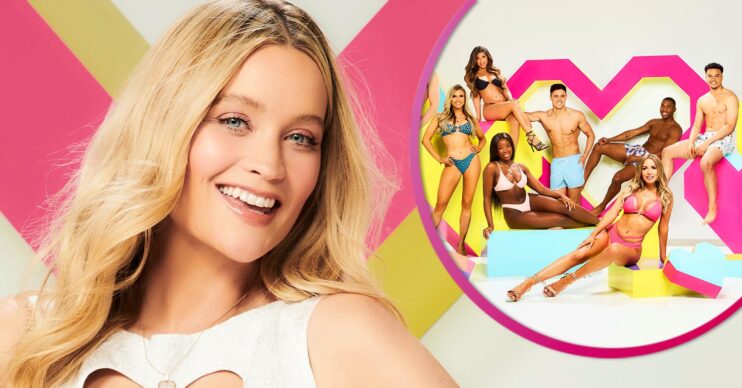 The series is just one day away!

Love Island 2021 will start tomorrow night and we are ready for a summer of love, drama and a fresh batch of hot contestants.

The launch night will air on Monday, June 28, as the singletons head into the Majorca villa.

Now with the highly-awaited series just a day away, here’s our predictions for what’s going to happen on the Love Island launch night.

The first Love Island 2021 power couple will be unveiled

The first episode sees the contestants couple up for the first time and we think the first ‘power couple’ will be revealed.

Read more: OPINION: Love Island 2021: ‘Why Laura Whitmore is the wrong presenter for the show’

During every launch episode, we usually see one pair automatically click and they remain coupled up.

We reckon there’s going to be one pair who instantly become viewers’ favourite couple.

Who do you think it’ll be?

Someone will get mugged off

Upon entering the villa, either the boys will pick a girl they want to couple up with or vice versa.

During the last series, the girls lined up and had to step forward if they fancied each of the boys who walked in.

Now since they haven’t actually met each other yet, they have to choose their partner just by looks.

And usually, at least one poor contestant doesn’t have anybody step forward for them meaning they have to awkwardly pick who they fancy the look of.

They will all scream their heads off upon entering the villa

The stunning pool, luxurious decor and incredible view leaves many of the excitable singletons with their jaws on the ground.

And we’re predicting many high-pitched screams from them as they see it for the first time!

Iain Stirling’s remarks will be as cutting as ever

The show wouldn’t be the same without narrator Iain Stirling and his hilarious commentary on the contestants.

And we reckon his remarks will be as cutting as ever.

The comedian often leaves viewers in hysterics with his witty comments and observations of the stars.

Now with a fresh batch of contestants to sink his teeth into, we predict Iain won’t hold back with his remarks. We can’t wait.

One contestant will become the instant favourite with viewers

Meanwhile, we predict one contestant will become a favourite with viewers straight away.

There’s usually somebody who makes a hilarious comment or new catchphrase which viewers love and they instantly become lovable.

But unfortunately, not all of the contestants usually win over viewers and there’s often somebody who is an instant dislike.

Who will be the first favourite this year? Will it be one of the girls or one of the boys?