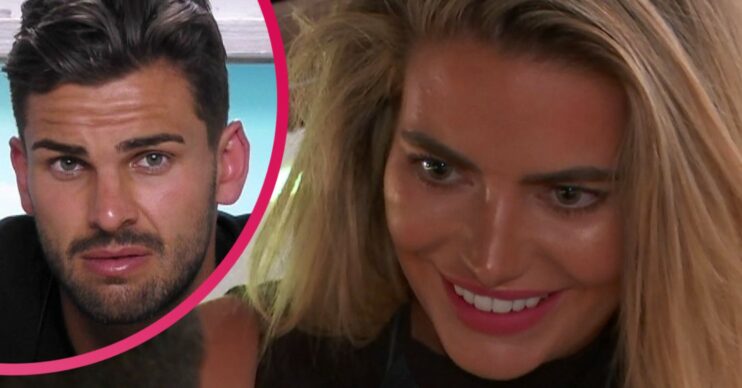 Who would make your All Stars line-up?

Love Island returned to screens last night (June 28) for the first time in 2021 with a flurry of new contestants.

ITV2 viewers watched as a new group of arrivals settled into the villa for the summer.

However, sadly for show bosses, this year’s cast wasn’t as warmly received as they likely had hoped.

In fact, they had many viewers desperately pining for the return of some of the show’s biggest names for a Love Island All-Stars series.

But who do viewers want to see make a comeback?

TV legend Megan sparked absolute mayhem the moment she stepped foot in the villa back in 2018.

She immediately set her sights on already-coupled up Wes and sent the nation into a tailspin that led to her becoming one of the most divisive reality stars of all time.

There’s no question that an All Stars cast would need to feature Megan. Not including Megan would be like trying to ride a bike without wheels, or trying to bake a cake without flour.

If you looked up the ingredients necessary for chaos, Megan Barton-Hanson would be number one on the list, and you can be sure that there’s no appropriate generic brand substitute.

When it comes to All-Stars casts, winners tend to be excluded. However, in the case of Amber Gill, that would be a huge mistake.

Initially disliked by viewers, Amber quickly won audiences over and became beloved by the nation as she desperately tried to navigate her doomed relationship with Mr Childish, aka Michael.

Even though she walked away as a winner, Amber deserves a second chance at love.

Yewande’s time in the villa proved controversial for producers. Viewers at the time raged about her lack of screen time, sparking racism claims aimed at Love Island bosses.

She’s since spoken openly about her experiences both in the villa and outside of the show and how they’ve been shaped by race. Bringing her back would allow the gorgeous reality star to have the chance many think she didn’t get the first time around.

The hilarious Irish personality practically became a walking meme during her time in the villa.

As soon as she arrived it was clear she was about to become the star of the series, and her unfiltered attitude helped to deliver one of the most memorable series ever.

It’s about time we heard her iconic “fanny flutters” line echoing around the villa again.

While Adam was certainly easy on the eye, sadly his personality didn’t have the same je ne sais quoi.

He became the villain of his season, and his treatment of some of the girls in the villa made him sparked debate about gaslighting and manipulative behaviour.

Bringing Adam back could be the perfect redemption story, or on the other hand, we could see him spiralling even further to the dark side. Either way, you can’t say that wouldn’t make for brilliant TV!

The handsome Ovie instantly became one of the most popular Love Island stars when he breezed into the villa. While it’s hard to be universally loved, especially on a reality TV show, Ovie somehow managed to avoid even a hint of controversy.

Every series needs a voice of reason to cut through the chaos, and Ovie could be exactly that.

With his piercing brown eyes and handsome face, Theo won himself a fierce following while he was in the villa.

He’s recently become a new dad, but considering he’s still single, now would be the perfect time for ITV to have their first father on the show.

Initially liked, Michael managed to turn viewers against him when he appeared to play with eventual winner Amber’s feelings. He became infamous for his “childish” catchphrase, and within the space of an episode went from hero to ultimate villain.

A series featuring both Amber and Michael could be iconic. Imagine the epic blowouts or the potential that they’ve both grown up and fall for each other a second time. Regardless, it just needs to happen immediately.