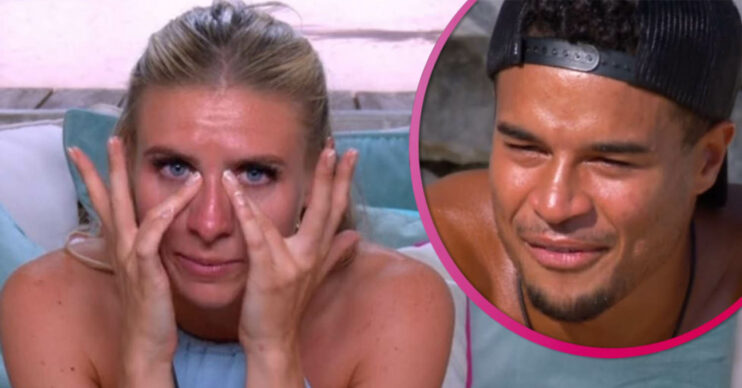 During last night’s episode (August 22), the Islanders’ family members headed into the villa.

Chloe and Toby also enjoyed their final date ahead of the finale, which airs tonight (August 23).

However, a body language expert has said he believes Chloe and Toby are “mismatched” despite viewers loving them.

Body language expert Darren Stanton told MyBettingSites: “I still feel they are quite mismatched and there’s levels of introversion vs extroversion.

“Throughout the show, Toby does show real signs of personal attraction to Chloe as his eyes dilated at certain moments, which tells me he is very much into her.

“Strangely, what viewers may think they see of them on screen and the Islanders cheering at the end of their date, I actually do not believe she is into him as much as he is into her.

“So personally I think the difference in energy levels and shows of subconscious affection make this a bit of a one-sided relationship.”

He added: “I’m sorry to all the Chloe and Toby fans out there but I just don’t see this having longevity based on what I’m seeing in the villa.”

Viewers were convinced that Teddy’s brothers Carlos and Sidney weren’t too keen on Faye following her previous outburst over Casa Amor.

Mr Stanton believes Teddy’s brothers “do not feel she is good for him”.

He said: “The body language of Teddy’s [brothers] was not good.

“Teddy asked the direct question, ‘what do you think of Faye?’ In my professional opinion, they were deflective as they do not like her, but they clearly did not want to hurt his feelings.

“They were flashing fake smiles at every single point of the conversation denoted by the fact they have no rise at the side of their mouth and their whole faces were not engaged in the conversation as the muscles that should contract, did not.”

Mr Stanton continued: “They did not seem to be lying for any negative reason and were just trying to be supportive of Teddy.

“But like with most people when analysed, their true emotion did leak out through their non verbal signs.

“When Teddy’s brother said Faye was ‘bad,’ she pulled a fantastic microexpression of fear that she quickly realised she pulled and tried to neutralise her face.

“Alas, she was too late so I now believe Faye believes that Teddy’s friends do not like her.”

However, Mr Stanton said he doesn’t believe Faye’s sister and best friend were “being truthful” as they didn’t seem to be “displaying genuine emotion when gushing about Teddy”.

Liam and Millie compared to Gavin and Stacey

However, Mr Stanton said he believes Liam Reardon and Millie Court could be “the real life Gavin and Stacey”.

He said: “Liam seems to be truly head over heels for Millie as when talking to his mum and dad he shows some non verbal signs that he is speaking with true emotion such as subtly licking his lips – a sign of nerves.

“Millie is still quite insecure about things that have happened in the past. Though she too is clearly into him a lot.”

Meanwhile, Mr Stanton discussed Kaz Kamwi and Cruickshank and said their families’ interactions were stronger than any of the other Islanders.

“…even though the group could not hug and show full interaction it was very clear that both sets of families are very happy with their respective partners.

“From their interactions, I feel Kaz and Tyler could definitely last on the outside.”

What did you think of Love Island star Teddy Soares’ brothers? Leave us a comment on our Facebook page @EntertainmentDailyFix and let us know.