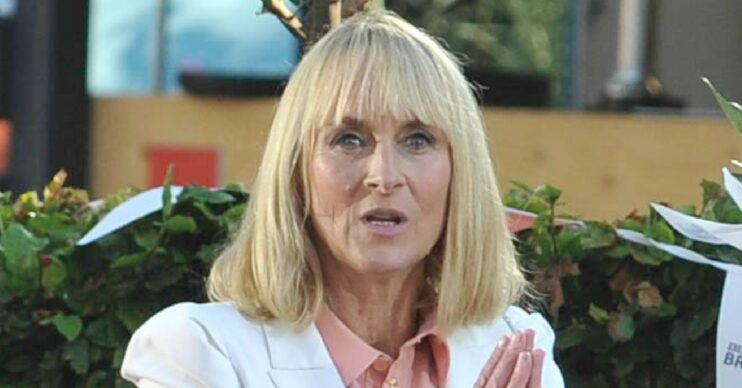 Louise Minchin and her daughter Mia have bravely opened up on their “terrifying” stalking hell.

Carl Davies, 44, was previously sentenced to two years and eight months in prison for the harassment of Louise and her family.

Just months after his hearing in December, Louise and Mia will discuss their ordeal on ITV‘s Tonight.

Louise Minchin and her daughter open up on their stalker hell

The pair became subjected to numerous death threats and vile messages in 2020.

On the programme tonight (March 10), Mia reveals she came across the abuse after logging into her mum’s Instagram account.

I was in floods of tears.

“They were all kind of just really offensive, calling us not very nice names and then they got much more graphic.

“It was the kind of actions that he wanted to do against me and mum which got really personal and they weren’t nice to read at all.”

Mia continued: “I was kind of terrified, all kind of shaking. I think my heart was beating really fast. I didn’t sleep all night. The entirety of the next day I was in floods of tears.”

In addition, Louise added: “It was very clear from the messages that this person knew exactly where we lived. He had stood outside our front door.

“You are kind of on this high state of alert all the time. You don’t know who they are. So, you don’t know that that person standing next to you isn’t them.”

Shortly after Davies appeared in court, Louise took to social media to share a statement.

Captioning the tweet, she wrote: “Here is a message about the sentencing of a man who made horrific threats online against my daughter and I.”

Good morning, this is not a subject I like to talk about, but in the hope of raising awareness and help to victims of stalking I have made this documentary with @ITVTonight #ITVTonight it is on at 8.30pm pic.twitter.com/4EF32uXE4g

Louise went on to post a screenshot of her statement.

It read: “Today marks the end of what has been a very distressing time for both of us.

Read more: Louise Minchin admits she will ‘never feel safe’ as her stalker is jailed for two years

“I would like to thank North Wales Police and the Crown Prosecution Service for their hard work successfully investigating and prosecuting the case.”

ITV Tonight – Louise Minchin: The Truth About Stalking is on ITV on Thursday at 8:30pm.