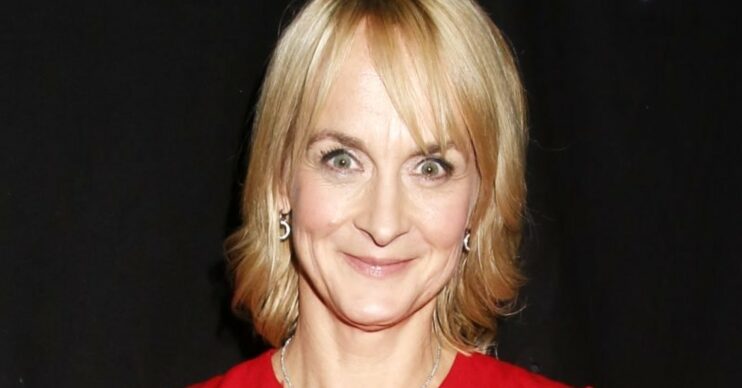 Louise Minchin once confessed that she was in so much pain that she almost gave up on wanting to be alive.

The former BBC Breakfast presenter is a household name in the UK.

Louise, who stars in the latest episode of Celebrity Chase, is known for her happy and friendly personality while she’s presenting.

However, her private life hasn’t always been as perfect as fans might assume.

During her first pregnancy, Louise was left in agonising pain after doctors failed to diagnose a potentially life-threatening condition.

“I kept getting sharp stomach pains, but was told by the doctors and midwives,” she told The Mirror in 2013. “I never saw the same one twice – that there was nothing to worry about. And, because I’d never been pregnant, I thought the pain was normal.”

Louise had hoped the pain would stop after she gave birth.

“Just 24 hours later, I began suffering ­excruciating pain and my temperature rocketed to 41C,” she recalled. “David [her husband] – who, with my mum, had to look after Mia – took me to A&E where the duty doctor gave me Nurofen.”

Doctors couldn’t agree on what was wrong, and eventually, Louise signed papers that gave doctors permission to operate. She was told she may even have to have a hysterectomy.

“A burst appendix can lead to peritonitis and death,” she said. “Although I wasn’t happy with many things that happened, at least I was in the right place and surgeons saved me.

Louise confessed that as she was wheeled to the operating theatre the pain was so intense that she felt like giving up completely.

“It was a terrible time. When I was being wheeled away for the op, I genuinely thought that if the pain went away and I didn’t come back, that was a better option,” she said.

Thankfully, the surgery went well and Louise made it out in one piece.

However, her road to recovery wasn’t over yet. In fact, it took her almost a year to get back to normality again.

“After coming out of the hospital, I was still in pain. I’d sleep for hours and was in lots of pain,” she added. “It took nine months to recover.”