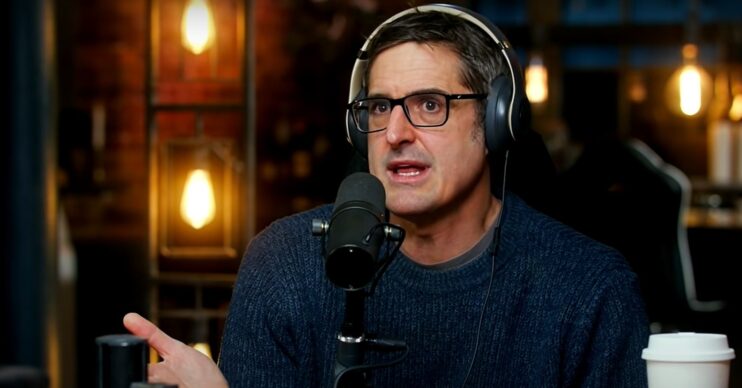 Father-of-three relates to the struggles many parents were having

Louis Theroux admitted that lockdown left him “possibly on the edge of having a drinking problem”.

The documentary-maker, 51, developed quite a taste for bourbon when everyone was stuck at home amid the coronavirus pandemic.

Speaking on the True Geordie podcast last month, he said at times parts of the lockdowns felt “incapacitating”.

Louis told the hosts that he opened up about “a lot of this stuff” in his book Theroux The Keyhole.

He said: “It’s a candid and almost revealing to the point of being slightly self-flagellating look at a family man in his 50s, being me, possibly on the edge of having a drinking problem…”

“Going through the pandemic and going slowly insane as we all were,” he added.

The star explained that during lockdown he would seek refuge in the kitchen to cook and enjoy a couple of drinks “unobserved”.

Lockdown could be tough

Louis – who has found fame thanks his programmes about those often on the fringes of society – said he recognises he had it easier than many others during lockdown in some ways.

But the father-of-three said it was still tough being at home with a small child at some points.

The star, whose youngest child is six, said: “Specifically it was the feeling of having a young child at home – and I think anyone who is listening to this or watching this who had young children at home, who weren’t in school during the lockdown, while also attempting to do a job from home, will recognise this.

“You’ve got a deadline or you’ve got someone who is expecting something from you or an important call.

“And then you have a small child who is too young to really be independent or to be able to take care of home schooling on his own, and they are kicking off…

“It’s a very weird and upsetting feeling, because it feels like it’s a combination of sort of sadness and rage.”

Louis Theroux’s Hidden America is on BBC Two at 9pm on Sunday.