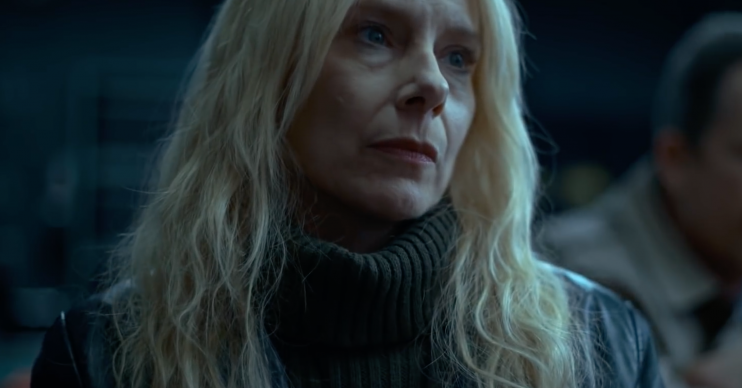 The film is one of Netflix's most popular streams for March

Lost Girls has been dominating Netflix amid the coronavirus outbreak.

The devastating true crime drama tells the story of Mari Gilbert, a heartbroken mother who will stop at nothing until her missing daughter Shannan Gilbert is found.

We meet Shannan at the very start of the film as she desperately runs for her life in Oak Beach, Long Island, screaming at the top of her lungs, “they’re trying to kill me”.

Despite banging on people’s doors, begging local residents to help her, nobody would – she was never seen alive again.

Mari’s determination to find her daughter not only leads her to discover the truth, but also the bodies of 10 other women.

While the chilling Netflix movie explores the story from Mari’s perspective, there are a few facts the film kept secret.

The body of Melissa Barthélemy was found while the police were looking for Shannan, and her surviving sister Amber built a bond with Mari over their grief.

Although the film explores this, what it doesn’t show you are the creepy calls Amber dealt with after her sibling died.

The abusive and threatening calls went on for over a month – but the police were never able to trace who was behind them.

All fingers pointed at Dr Peter Hackett in the film, however, there were at least two other suspects.

One of them was James Bissett. He took his life two days after Shannan’s body was found.

He was in charge of a company that was the biggest supplier of burlap in the region.

The bodies of the women killed were found wrapped in burlap.

It has been suggested that there wasn’t just one killer, but two.

Whoever killed the four women found by Gilgo Beach must have been the same person due to the extremely specific similarities between each of the murders.

However, the other six victims were not killed in the same circumstances, which has prompted some to believe that there must have been two serial killers with two different personality types.

It’s believed there were more than just the 10 victims we saw in the film. In fact, it could be double that.

An additional 10 other women have been linked to the killer believed to be behind the death of Shannan.

This includes the four sex workers who were strangled and buried in a drainage ditch near Atlantic City.