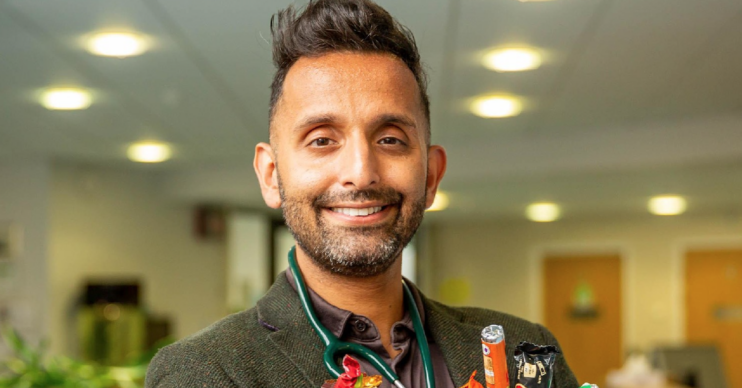 How To Give Up Sugar (& Lose Weight): Why was Lorraine Kelly upset on Amir Khan’s behalf??

Amir's on a sugar mission

Dr Amir Khan helps members of the public attempt to lose weight in Channel 5’s How To Give Up Sugar (& Lose Weight) tonight (Wednesday January 5).

But why did Lorraine Kelly get “furious” on his behalf recently?

TV viewers will recognise him from This Morning, Lorraine and GPs Behind Closed Doors.

What is Amir Khan doing in How To Give Up Sugar (& Lose Weight)?

Amir appears on the Channel 5 show tonight and tries to determine what sugar does to our bodies.

He sets out to become a sugar addict by eating all manner of high-sugar foods and really scoffing the lot.

Then, he records diary videos to chart how he’s feeling.

And in a bid to show how dangerous sugar really is, he charts what happens to him physically and mentally.

Who is Dr Amir Khan?

He’s appeared on Lorraine, This Morning and Good Morning Britain.

Dr Amir Khan was one of a number of doctors who appeared on GP’s Behind Closed Doors on Channel 5.

Since then, Dr Amir has published his bestselling memoir, The Doctor Will See You Now, and become a regular presence on TV.

Following graduation, Dr Amir cut his teeth as a junior doctor at hospitals across Merseyside, before qualifying as a GP in 2009.

In 2018, he was named GP Trainer of the Year by the Royal College of General Practitioners for his efforts in coaching the next generation of GPs.

He’s also passionate about nature, and an Ambassador for the National Wildlife Trust and the Butterfly Conservation Society.

When he’s not helping to save lives, he’s also a keen gardener, runner, fitness enthusiast, traveller and baker!

Like many doctors, Dr Amir appears to be married to his job.

He is reportedly single, with no children.

But he is a devoted uncle and godfather.

Why did Lorraine feel furious for Dr Amir Khan?

She said she was “furious” that he had been targeted by so-called anti-vaxxers.

Like many doctors, Dr Amir Khan has been a passionate supporter of the Covid-19 vaccine programme.

And he has consistently urged everyone to get the jab.

He appealed to all healthcare workers to get the coronavirus vaccine.

At the time, 200,000 health workers had chosen not to have the vaccine.

As his segment came to an end, Lorraine told him: “Thank you for everything you do, I know you get some abuse online, which is outrageous and I’m furious on your behalf.”

Dr Amir Khan has attracted criticism as a result of his strong opinions on Covid-19, the vaccine and mask wearing.

Last year, he hit out at Matt Hancock and Gary Lineker for failing to wear masks.

He said: “The stakes are high and these are public figures.

“Matt Hancock is the Health Secretary, I think it is really important he is seen behaving in a way that he wants us all to behave in.

“[…] And really Matt Hancock, or Gary Lineker, there is no excuse, it should become second nature to us now.”

Dr Amir Khan’s book The Doctor Will See You Know

The Doctor Will See You Now chronicles “the highs and lows of Amir Khan’s life as an NHS GP”.

The bestselling book tells of his 60 hour weeks, seeing 240 patients – when he’s given only 10 minutes to make a diagnosis.

Dr Amir charts his 15 years working as a GP, from rookie to becoming a partner in one of the UK’s busiest surgeries.

His stories are as much about community and care as they are about blood tests and bodily fluids.

Along the way, he introduces us to the patients that have taught him about love, loss and family.

There is the unsuspecting pregnant woman about to give birth at the surgery.

And the man offering to drop his trousers and take a urine sample there and then!

Are you a fan of Dr Amir Khan? Leave us a comment on our Facebook page @EntertainmentDailyFix.