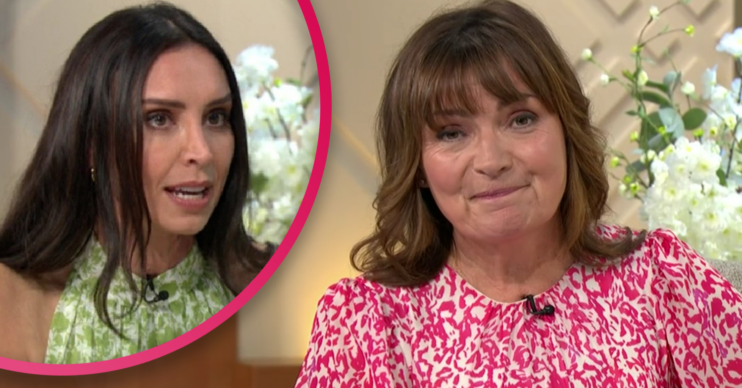 Lorraine Kelly returned to front her eponymous breakfast TV show today (September 1) and viewers were quick to deliver their verdict.

Some were thrilled to see the Scottish presenter back on the box presenting Lorraine.

Others, however, appeared to wish Christine Lampard – who helped cover for Lorraine while she was on her holiday – had stuck around for longer.

Christine and Ranvir Singh both signed up to cover for Lorraine while she enjoyed her summer break with her family.

Lorraine returned to front the show today, but not everyone was thrilled.

“Oh [bleep] she’s back…that’s me not watching until her next holiday,” said one cruel viewer.

“Well I have not missed Lorraine and her [bleep]ing tittering,” another slammed.

‘Lorraine is back and all is well’

However, others were thrilled that normal service had resumed on ITV, with one viewer also noting Susanna Reid’s return to Good Morning Britain.

“All is well… @susannareid100 is back on #GMB and @reallorraine is back on @lorraine,” they said.

“Sorry but I’m happy to have #lorraine back!” said another.

Others commented on how weird it is that people clearly don’t like the host, but watch her show regardless.

“It’s totally hilarious the amount of people who hate Lorraine yet still watch it,” they said.

“WTF is that about?” they added.

When do Holly and Phil return to This Morning?

The only ITV show not entirely back to normal after the summer break is This Morning.

Rochelle Humes is fronting the show today with Alison Hammond.

She was off sick earlier this week, though, as was stand-in host Vernon Kay.

Show veteran Eamonn Holmes stepped in to cover their absence.

Holly Willoughby and Phillip Schofield are set to return to our screens next week.

Were you pleased to see Lorraine return today? Tell us on our Facebook page @EntertainmentDailyFix.