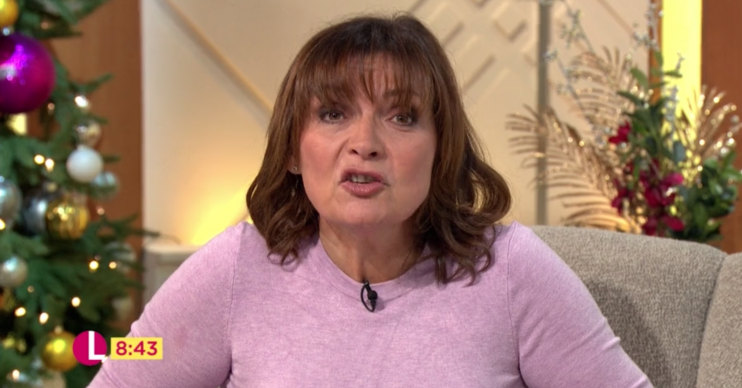 Andi Peters was left in giggles at the perceived swipe

Viewers were not impressed as Lorraine Kelly seemed to take aim at Caroline Flack during her ITV daytime show earlier today.

The 60-year-old host certainly appeared to have fellow presenter Andi Peters in stitches following the sarcastic-sounding aside on this morning’s Lorraine – but people watching at home complained on social media she had been “catty” with her remarks.

The perceived swipe at former Love Island presenter Caroline came as Lorraine was previewing an item for later in the programme.

It was announced yesterday that Caroline, 40, is stepping down from the ITV2 show after being charged by police for assault with battery.

But Lorraine was already looking ahead to whoever will front the dating series next as she slipped in a cheeky little conclusion of her own.

Lorraine said with a straight face: “As Caroline Flack steps down from Love Island, we’ll be finding out who is set to replace her.

Andi, however, fell about in giggles immediately after Lorraine’s words, causing her to corpse and also break out in laughter.

Her words were not met with quite the same warm reception on social media, where Lorraine was criticised for being “bitchy”.

One Twitter user wrote: “Just watched Lorraine’s comment re. Caroline Flack ‘that’s showbiz’… what a catty, bitchy way of trying to get a laugh. I’ll remember this when/if Caroline is a guest on Lorraine. #lorraine.”

“You’d be kissing Flack’s [bleep] if she came on your show, you hypocrite #Lorraine,” tweeted another.

A third viewer fumed: “#lorraine she really is a catty [bleep] isn’t she.”