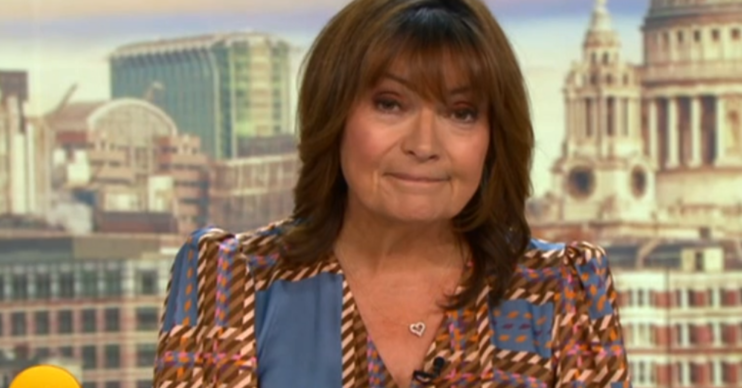 She thinks he's wasted in LA

Lorraine Kelly discussed the latest in the Prince Harry and Meghan Markle saga this morning (Thursday, July 2) and made it very clear she thinks Harry should be at home.

The Good Morning Britain presenter welcomed Daily Mirror Royal Editor Russell Myers to discuss the latest revelations that Meghan felt “unprotected” by the royal family while she was pregnant.

Lorraine was clearly feeling a sense of sadness about the royal split as she said: “[Meghan] felt like that when she was pregnant and that’s really, really sad.

“But especially now, especially with the pandemic and with Black Lives Matter, if the two of them if they were over here, it would have done such a lot of good and really united poeople just by being visible.

“Meghan made an amazing speech about Black Lives Matter, it was quite extraordinary, really from the heart, really passionate. I just wish they’d been able to stay here somehow and that would have helped a lot.”

It would have been lovely to have had them here and to be working over here.

Russell agreed: “A lot of people are feeling it was a huge missed opportunity on both sides of the fence.

“Certainly the people I’ve spoken to connected to Harry have said he misses the UK, he moved to LA, he’s an alien in that Hollywood showbiz set that he’s now involved in by-proxy and perhaps he’s sitting in LA at the moment wishing that he was back in the fold and that he could have done so much during this crisis. I think it’s a real, real shame.”

Lorraine talks about Prince Harry and his speech

Talk then turned to Harry’s speech on Wednesday (July, 2) at The Diana Award, honouring six young people, in which he talked about institutional racism.

The Duke of Sussex had said: “My wife said recently that our generation and the ones before us haven’t done enough to right the wrongs of the past. I too am sorry, sorry that we haven’t got the world to the place that you deserve it to be.

“Institutional racism has no place in our societies yet it is still endemic. Unconscious bias must be acknowledged without blame to create a better world for all of you. I want you to know that we are committed to being a part of the solution and to being part of the change that you are all leading.”

Lorraine responded to the speeech and said: “He’s quite right to say that, it just would have been… I know I keep saying this, I do, but I think most people would agree, it would have been lovely to have had them here and to be working over here.

She then paused, the silence making her feelings very clear, before adding, “Yeah…” The segment then ended as she thanked Russell for his input.

Read more: Full list of those eligible for coronavirus vaccine

How did viewers feel?

Those watching at home were divided over the conversation. One said the whole thing was “so silly” and “a shame”.

Meanwhile another felt the media was to blame and they should “stop putting it on” Meghan.

Lets be honest meghan was treated pretty bad by the media in UK! Piers in particular! No wonder she left…its not upto meghan to sort out racism in the UK…when the goverment itself is racist! Stop putting in on her! #lorraine #goodmorningbritain pic.twitter.com/7Xcuatl06U