Grateful Lorraine viewers have been sharing their personal health experiences after the ITV programme gave its backing to the #ChangeAndCheck campaign.

Social media accounts for the daytime telly series have been carrying messages encouraging users to check themselves for symptoms of breast cancer over the past few days.

#ChangeAndCheck stickers are being placed in changing rooms in John Lewis & Partners, David Lloyd Clubs, Asda and MONSOON shops - and Lorraine is hoping viewers will save or screenshot the handy illustration explaining how symptoms can present themselves to help remind observers to make regular checks.

A step-by-step video guide by Dr Hilary Jones has also distributed in the hope it could help save people’s lives in the time it takes to get changed. 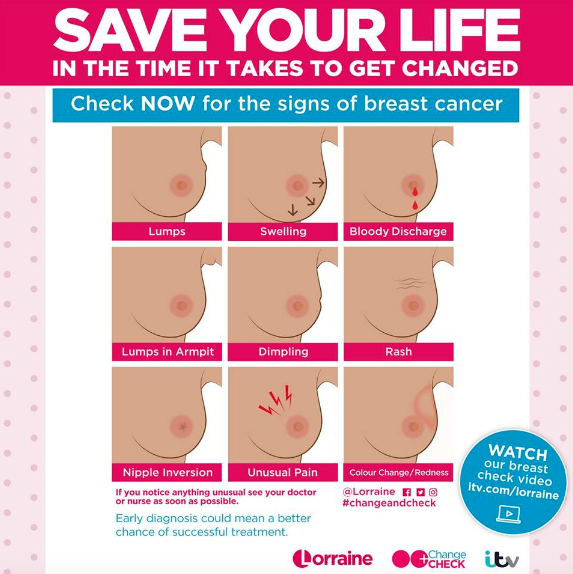 The efforts comes as statistics suggest one in eight women will be diagnosed with breast cancer in their lifetime - but more than 50% of women say they don't know the early signs of the disease.

Early diagnosis could mean a better chance of successful treatment. So if you notice anything unusual while checking your breasts, see your doctor or nurse as soon as possible.

Great idea! I never try clothes on in store so I’ve saved the pic as my screensaver on my phone.

Dr Hilary also advises that menstruating women check their breasts following their period each month. Menopausal and post-menopausal women should pick a date every month that suits them best for their regular check.

Enthusiastic Facebook users hailed the campaign as a “fantastic initiative”, with many going on to detail their own encounters with the deadly condition. 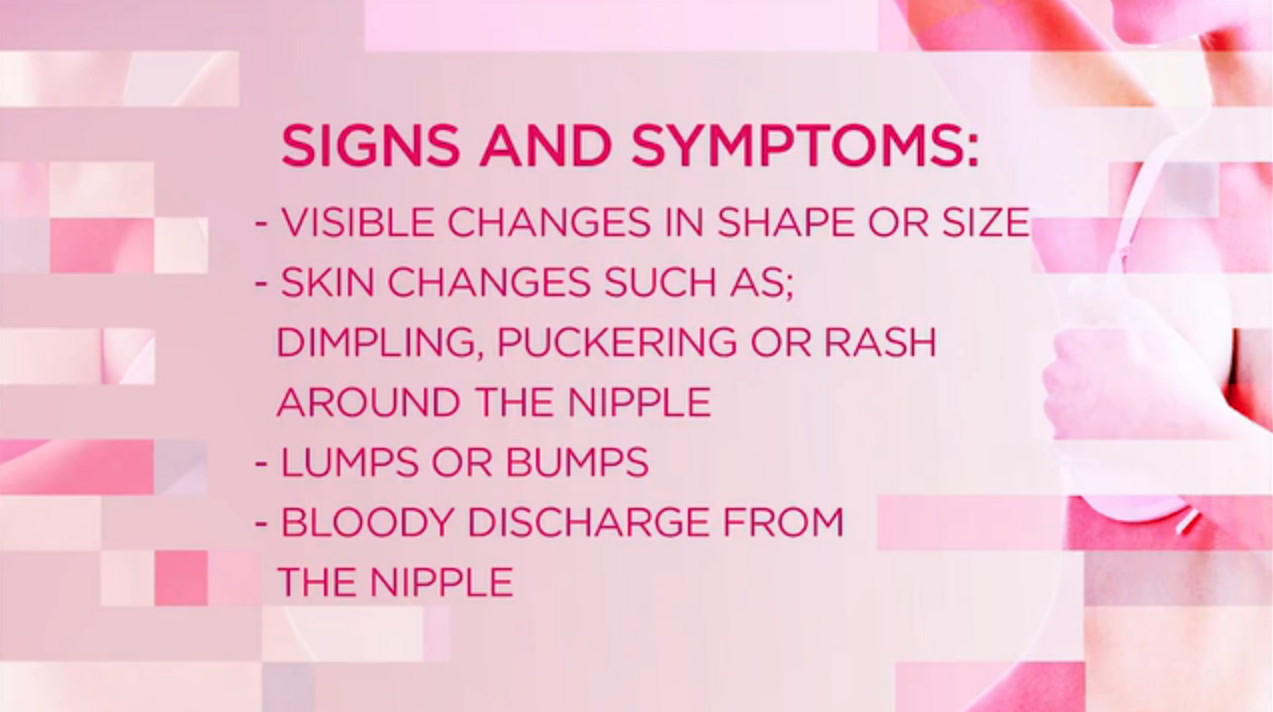 "Great idea. Just brilliant to keep the conversation going on spotting the signs & being breast aware," commented one person.

Another said: "I found a lump and had pain last week, went to the docs next day and now have a blood test and mammogram booked. Can't believe how quickly the NHS are having me seen."

And a fourth person added: "Great idea! I never try clothes on in store so I’ve saved the pic as my screensaver on my phone."

For more information about breast cancer, use these helplines.

#ChangeAndCheck just got a serious dose of girl power! ✌️

Listen to @EmmaBunton and make sure you check your breasts for the signs and symptoms of cancer: https://t.co/DPwMOoXZWu pic.twitter.com/cyCHvuASRO

Have you spotted a #ChangeAndCheck sticker in a changing room near you? Save or screenshot this image and make sure you know how to check for the signs of breast cancer by following @DrHilaryJones' demonstration: https://t.co/DPwMOoXZWu pic.twitter.com/ibWkSvr1pM

- Lorraine airs on ITV on weekday mornings at 8.30am