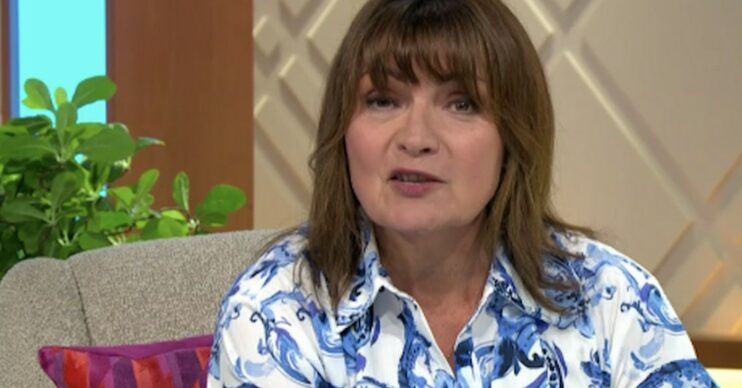 Lorraine Kelly has revealed the real reason she won’t be attending the NTAs tonight.

This year’s glitzy ceremony is due to take place on September 9 at London’s O2 Arena.

All the usual famous faces are expected to show, including daytime stars such as Holly Willoughby and Phillip Schofield.

However, one star noticeably absent will be Lorraine.

Although she usually attends, this year Lorraine just couldn’t make it work.

Why isn’t Lorraine going to the NTAs tonight?

The ITV star made the confession today when Holly and Phil asked if they would see her at the bash.

Phillip asked Lorraine: “Will we see you there?”

Lorraine responded: “No. I’m interviewing an amazing big legend and the only time that we can do it is right when the NTAs is on.”

Holly then interjected: “Who is it? Who is it?”

Phillip then pushed her, saying: “Can you not tell us who it is?”

Lorraine then relented: “Yes, I’ll tell you who it is. It’s Billie Jean King. How exciting is that?”

Billie is an American former world No. 1 tennis player. She won a whopping 39 Grand Slam titles during her career.

Sadly for Lorraine, she’s not actually up for an NTA this year.

She didn’t bother going last year either and was forced to deny claims she had boycotted the awards ceremony.

Lorraine then added: “At least you got nominated Piers, we didn’t even get nominated!”

This year, Piers is up for best presenter for his role on Good Morning Britain.

He’s up against usual winners Ant & Dec, as well as Holly and first-time nominee, Alison Hammond.

Who do you want to win an NTA this year? Leave us a comment on our Facebook page @EntertainmentDailyFix and let us know what you think of this story.