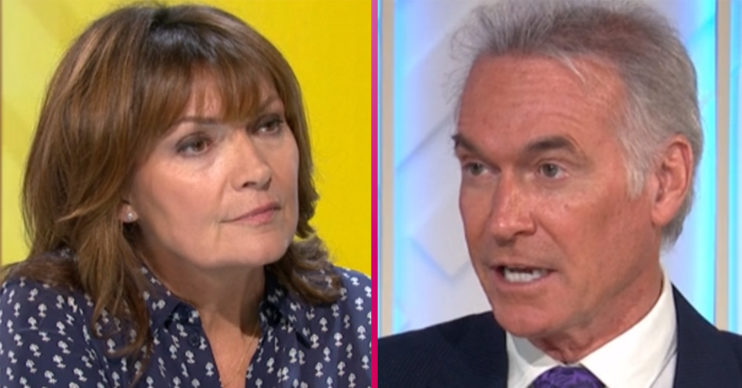 Lorraine Kelly has left viewers in hysterics as she swore live on air.

From today, it will be illegal for groups of more than six to meet in England both inside and outside.

During the chat, Lorraine told people to avoid going out “on the [bleep]”.

She said the word that rhymes with “hiss” and starts with the letter ‘p’.

Lorraine and Dr Hilary watched clips from the streets of London from the this weekend.

It showed people from pubs and restaurants dancing on the street.

The pair were shocked at the lack of social distancing in the footage.

Lorraine said: “Maybe if we put in our heads if we do want to have Christmas with all our friends and family, we have to act now.”

I keep saying this about taking responsibility for yourself.

Meanwhile, Lorraine added: “I keep saying this about taking responsibility for yourself.

“But you do, and don’t go out on the [bleep], basically, getting drunk and going to parties.”

Dr Hilary said: “Exactly right. You may not think it has any impact on you as an individual, but it will come back and bite you because of the repercussions on society and the economy.”

One person said: “Did @lorraine just say ‘out on the [bleep]’? Isn’t that swearing? I’ve always thought so.”

In addition, another added: “Can’t believe @reallorraine just said something about people going on the [bleep]!”

After that, a third tweeted: “Don’t go out on the [bleep]… #lorraine @ITV shocking language.”

Meanwhile, earlier this month, Lorraine returned to her daytime show after her summer break.

Speaking to Dr Hilary about her time off, Lorraine said: “I managed to get to Scotland which was really good to see my dad, which was great.”

In addition, she said: “Me and Rosie [her daughter] went to the zoo for the day.

“It was great. We saw penguins, we saw giraffes.”