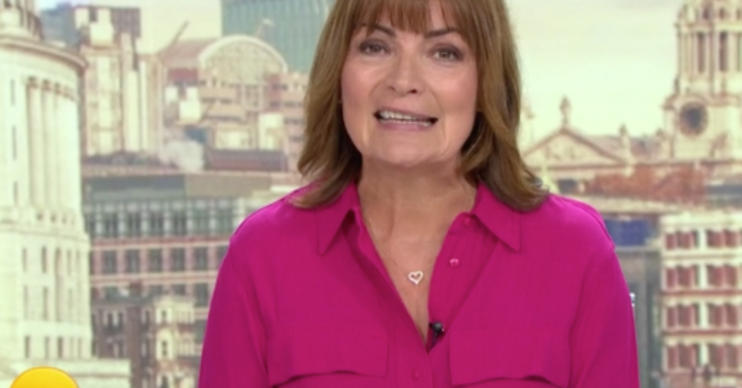 It's not as dramatic as what it may seem

TV’s Lorraine Kelly has revealed the real reason she was spotted without her wedding ring on Good Morning Britain today.

The 60-year-old presenter addressed the move on Twitter, telling her followers it was simply down to “washing my hands”.

Lorraine – who is married to husband Steve Smith – appeared to be without her wedding ring on the ITV show today (June 18).

The move didn’t go unnoticed by one eagle-eyed viewer, who took to Twitter to question the star.

Lorraine later replied to the comment, saying: “Washing my hands so much I had to take rings off!”

Washing my hands so much that I had to take rings off ! https://t.co/YwVLqgL0Nk

And it appears many of Lorraine’s followers agreed with her decision.

One commented: “You are right as it’s impossible to get hands really hygienic with rings on!”

A second added: “Haven’t worn jewellery since lockdown – gathers germs and gets ruined with hand washing. I thought everyone was doing that.”

Another said: “I did that too start of lockdown, longest I’ve not worn my rings ever.”

The ITV favourite has been happily married to her husband Steve since 1992.

The couple share daughter Rosie, who recently returned back to the UK after working in Singapore for the last four years.

Upon her return, the 25-year-old said she went into self-isolation for two weeks before reuniting with her parents.

Their reunion was documented on GMB last month, with Lorraine telling viewers: “My daughter Rosie came back home from Singapore two weeks ago.

“She flew out from a deserted Chinese airport and there were only 16 other passengers on the plane.

“She made the very sensible decision to put herself into self-imposed quarantine for a fortnight and now, she’s back with us.”

“It’s a bit of an unknown situation so I’d rather be careful.”