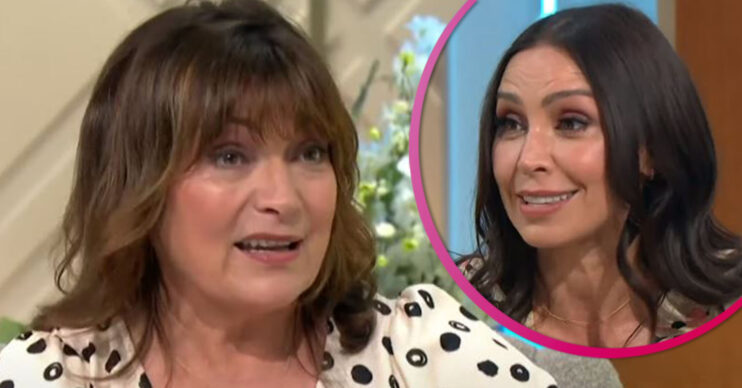 Lorraine Kelly replaced by Christine Lampard over the summer

Lorraine is taking a break over the summer

Lorraine Kelly will be replaced by Christine Lampard on her show over the summer.

The Scottish presenter is taking a break from hosting duties to enjoy some time with her family.

Christine will return to work since welcoming her son Freddie earlier this year and will step into Lorraine‘s shoes.

Lorraine told Christine on her show today: “I’m so glad you’re able to do the show for the summer, I really am.”

Christine replied: “I cannot wait. This is a nice, little taster.”

Meanwhile, the wife of Frank Lampard opened up about welcoming her son Freddie (aka Fredrick).

She said: “He’s been a great little baby, slipped into the family just seamlessly. He’s been a gorgeous little addition.”

Christine explained that her husband Frank was able to be at the birth amid COVID-19 restrictions.

She continued: “We were very lucky, there were so many women that just didn’t have that chance at all.

“He wasn’t able to go to the appointments leading up to it, but he was there for the big day.

Christine went on to talk about how her daughter Patricia is with her baby brother.

The star said: “She’s really good,” to which Lorraine asked: “Is it like he’s a dolly?”

Christine replied: “A little bit and then forgets he’s there and couldn’t care less. If she hears a little moan, she’ll start singing little songs to him.

“But no she’s been really good actually. She’s a very nice big sister so far but it’s early days.”

The Loose Women star admitted being pregnant during the pandemic was “quite lonely”.

She said: “But we obviously got through it and we got out of hospital relatively quickly [after the birth].”

Are you excited to watch Christine host Lorraine? Head to our Facebook page @EntertainmentDailyFix and tell us what you think.