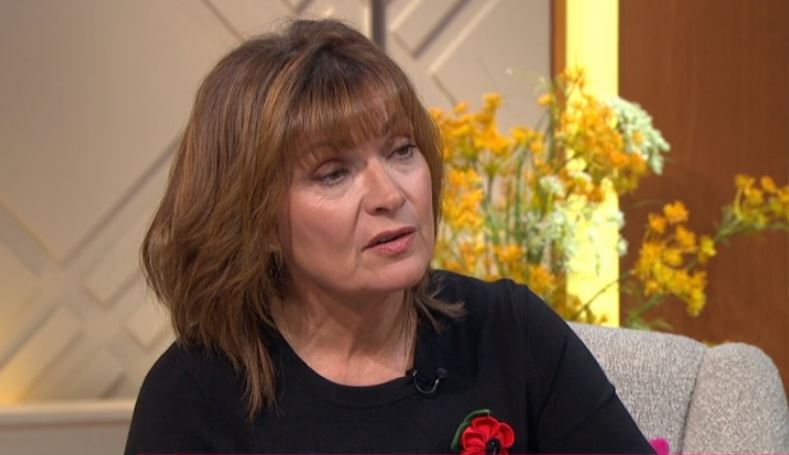 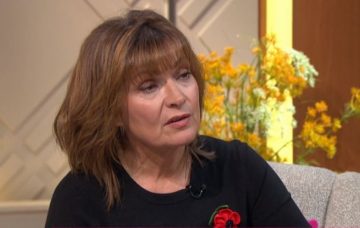 Lorraine Kelly opens up about ‘difficult’ time after having a miscarriage

TV’s Lorraine Kelly thought it was “important to be honest” about her miscarriage.

The 60-year-old television presenter – who has 25-year-old daughter Rosie with husband Steve Smith – sadly lost her unborn baby in 1999, when Rosie was just five, and she says she decided to speak openly about her loss to help her through the difficult time.

Perfect pre #christmas lunch with my @rosiekellysmith at @balthazarldn – she’s over on a flying visit from @singapore.#love #family #happy xxxxx

Speaking to Giovanna Fletcher on her Happy Mum Happy Baby podcast, Lorraine explained: “It was really sad but what did help me though was being open and talking about it at the time because obviously I’m off work and you need to tell people why.”

After sharing her own experience, Lorraine received heaps of praise from fans and some opened up about their own loss.

She continued: “That wasn’t easy but the response I got from viewers was unbelievable. I thought it was important to be honest. I felt we had to because viewers were asking what was wrong.

“We were just inundated with letters and really brave women sharing their experience with me. Really heartfelt. People took a lot of time and trouble.”

However, though the Lorraine host received lots of support, she was concerned that no one had reached out to her husband, and she thinks it’s time people were “more considerate” towards extended family members as well as the parents.

is the woman we all love waking up to in the mornings (or watching a few hours into our day depending on how the kids have slept 🥴🙈), it’s @lorrainekellysmith! Lorraine talks about the early days with daughter Rosie and what it was like having to fight for her job with a newborn in tow, but also what it has been like to have Rosie leave home for university, and then move thousands of miles away to Singapore. I think we’ve all been told a million times to make the most of our kids while they’re young because before we know it they’ll be leaving home – but this conversation looks at the emotional impact of that moment and at the next stage of motherhood. Lorraine is as calming, wise and cheery in real life as she is on the telly and I know you’ll enjoy listening to our natter! This series is sponsored by the brilliant @peanut who help connect women through various stages of motherhood – whether trying to conceive or waving their kids off on big life adventures. It’s a fab way of meeting like minded women and having those important conversations that make you feel connected and supported! The app is free to download and super easy to use. Enjoy. ❤ xx

Lorraine added: “That was a really difficult time and I think yes of course we should absolutely sympathise with the women who go through this but nobody asked after Steve. Nobody ever said, ‘How are you?’

“The only people who did funnily enough were friends that experienced it themselves and sadly, as we know, far too many people experience it.

“I think we’ve got to be a bit more considerate about everyone and not just partners but extended family.”

Leave us a comment on our Facebook page @EntertainmentDailyfix and let us know what you think of this story.