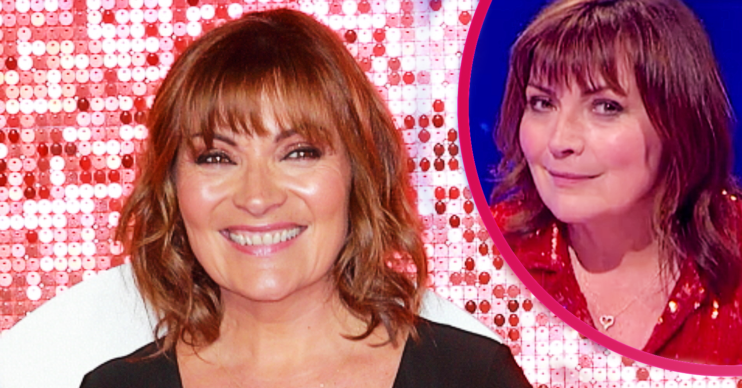 Not only that, but she guest-hosted the show, with regular presenter Adam Hills joining via videolink while quarantining in Australia.

And it wasn’t long before her views were a hit with viewers, who begged her to have “her own” Friday-night show.

What was Lorraine Kelly doing on The Last Leg?

Wearing a sparkly red top and tiara, she launched into her tirade.

She first had a pop at those “flying to other side of the world to spend two weeks in a five-star hotel with 24-hour room service and stunning views [bleeping] yourself stupid.”

But she wasn’t finished there.

What did Lorraine say in her outburst?

She continued in real royal fashion: “To all of us that sacrificed so much this year – I wish you a very merry Christmas and prosperous 2021.

“Unless of course, you are a celebrity who broke the rules of lockdown, in that case, you can go [bleep] yourself.”

To all of us that sacrificed so much this year – I wish you a very merry Christmas and prosperous 2021.

Not quite so royal!

But her foul-mouthed outburst was a hit with Adam and the team, and the virtual audience who roared with approval and laughter.

And it wasn’t long until the studio audience joined in, praising the star.

Lorraine Kelly swearing like a sailor is something I had no idea I needed in my life. 😂🙈🙉🙊 #TheLastLeg

How did viewers react to Lorraine’s outburst?

One Twitter user said: “If a global pandemic was all it took for Lorraine Kelly to tell celebrities to go [bleep] themselves on live TV then frankly, I’m coming round to the whole affair.”

Another wrote: “Hearing Lorraine Kelly saying ‘go [bleep] yourself’ is a definite highlight of the week @TheLastLeg.”

Finally, a third wrote: “Lorraine Kelly swearing like a sailor is something I had no idea I needed in my life.”

Another called it TV “gold”.