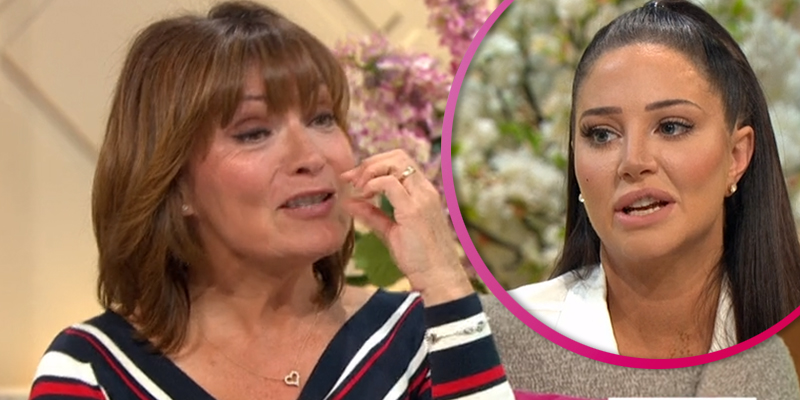 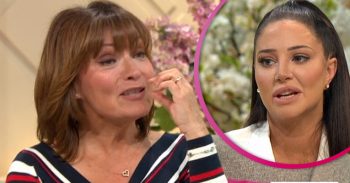 Tulisa revealed she once had an allergic reaction to lip fillers

Lorraine Kelly has poked fun at Tulisa for having cosmetic treatments done to her face.

Singer Tulisa appeared on Tuesday’s edition of Lorraine to promote her new single Daddy when she spoke about her previous cosmetic producers.

Tulisa compared herself to Finding Nemo as she pulled a face to the camera, imitating a fish.

She also revealed she previously suffered an allergic reaction to fillers that caused her lips to swell.

Lorraine told her: “It’s good to see you looking so well because you went through a time when you did daft things. You did silly things!”

She asked: “What did you do that for? You don’t even need it – you’re the most beautiful thing.

Tulisa said: “I went through these stages and then I had an allergic reaction to something.

“I’m happy now, I still have bits of filler in my lips and I get lots of treatments. It’s all about maintaining.”

During the show, Tulisa revealed whether she would ever return to The X Factor as a judge.

Robbie Williams and his wife Ayda Field recently announced they are quitting their roles as judges on the show.

Tulisa – who shot to fame with successful hip hop group N-Dubz in the Noughties – admitted she “loved doing the show” and is “eternally grateful” to the programme for putting her on a bigger platform.

She said: “Of course, X Factor was such a life changing thing for me. It really put me on a platform that I’m eternally grateful for.

“I love the show, I loved doing the show. It’s an incredible process being part of changing people’s lives.

Tulisa tasted success on The X Factor when her act Little Mix, who she used to refer to as her “little muffins”, won the competition in her debut year as a judge.