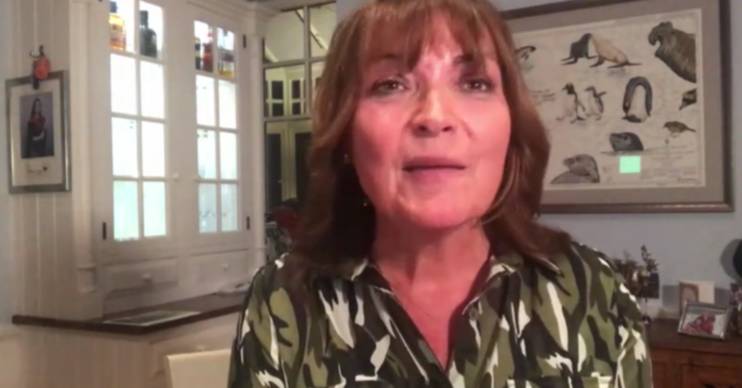 We saw a whole new side to Lorraine Kelly on last night’s episode of The Last Leg, as she gave tips on how to beat the government’s new lockdown sex ban.

In a bit of rare post-watershed discussion, presenter Lorraine and the Last Leg guys were talking about the new coronavirus restrictions, which stop people from staying in different households.

Lorraine joked that people could say their partner was their cleaner and sneak them in the house. She explained that you could then get them to help with the housework afterwards.

Speaking on the show, Lorraine said: “Who’s going to police it anyway? What you could do is pretend your boyfriend or girlfriend is your cleaner.

“You can have them round and do whatever you want to do and then have them do some ironing or clean the loo.”

You might as well make them useful, to be fair.

Pretend your boyfriend or girlfriend is your cleaner.

Last Leg regular and comedian Josh Widdicombe then joked that moving in with your partner is the new ‘third base’, with sleeping with them the next milestone in the relationship

Referring to the Dominic Cummings row, where he was accused of flouting his own lockdown rules, Lorraine added: “Them that make the rules will still be at it like knives, like bunny rabbits.”

Lorraine has been quite outspoken on the topic, branding Cummings ‘arrogant’ for not apologising or stepping down from his role as senior advisor to the Prime Minister.

Speaking on Good Morning Britain back in May, Lorraine said: “The astonishment is that there’s been no apology whatsoever. No humility.

She continued: “I wonder if those 14,000 Brits that got fined for breaking lockdown rules can now appeal.”

She also criticised Mr Cummings in a chat with Ben Shephard and Charlotte Hawkins, exclaiming: “What I think is really shocking about it – no apology! The arrogance is breathtaking.”

Lorraine concluded: “Do you not think that when the spin doctor becomes the story that it’s time to go?

“That’s always been the case in the past but clearly not now. And I can clearly understand why people are so angry.”

What do you think? Visit our Facebook Page @EntertainmentDailyFix and let us know what you think of this story.