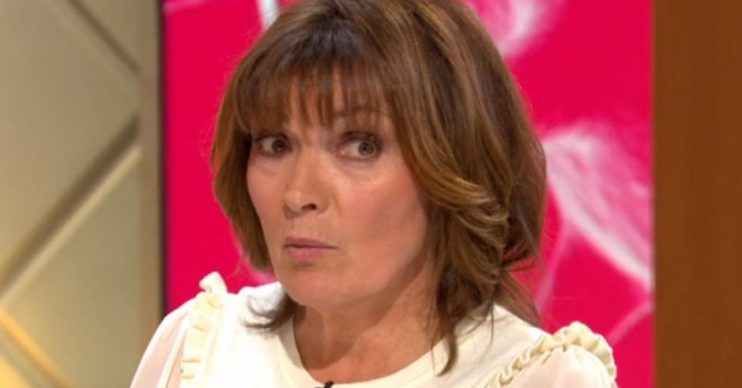 She can't understand it

Presenter Lorraine Kelly was forced to confront a shopper who she spotted panic-buying toilet roll over fears about the ongoing coronavirus crisis.

Speaking on today’s (March 9 2020) episode of Lorraine, the host described the moment she called out a shopper at her local Tesco who appeared to be buying much more loo roll than they actually needed.

Discussing the outbreak with Dr Hilary Jones, Lorraine said: “On Saturday, I was in my local Tesco.

Read more: Lorraine Kelly opens up about ‘difficult’ time after having a miscarriage

“There was somebody who was loading up with the bog roll. I actually just said, you know what I’m like, I said, ‘Can I ask why are you doing that?’.

When the customer argued that everybody else was doing it, Lorraine admitted she was still baffled.

She continued: “I was like, ‘Well, that’s not maybe a good reason to do it. Do you actually need all this?’ Seriously!”

Dr Hilary replied: “It’s a puzzle… who would have thought that when people think they’re facing Armageddon, the thing that they crave the most would be toilet roll.

“I really don’t get it. It’s not norovirus, which is a digestive virus. [Coronavirus] is respiratory.”

It follows reports that Tesco has imposed a five-items-only rule on some of its goods, in response to panic-buying sparked by the coronavirus outbreak.

Do you actually need all this?

According to the Daily Mail, the supermarket chain is preventing people from bulk-purchasing items such as hand sanitiser, baked beans and the children’s medicine Calpol, to ensure that supplies don’t run out.

In the past few days, stores across the country have reportedly had their shelves stripped by worried customers as the deadly virus spreads.

And it appears highly likely that the virus, which has so far killed three and infected over 270 in the UK, could have a serious impact on another staple of British culture.

Earlier today, an expert from the World Health Organisation (WHO) warned that Britain’s beloved pubs might have close in the coming weeks as the number of coronavirus cases continues to grow.

Dr David Nabarro, a special envoy on coronavirus with the WHO, said the UK Government will be considering restrictions on various kinds of gathering to help stop the spread of the flu-like bug.

Speaking on BBC Radio 4’s Today programme, he explained it’s not just big events that face being cancelled or forced to close their doors – as places like community halls, religious spaces and even venues like pubs might even have to shut down.