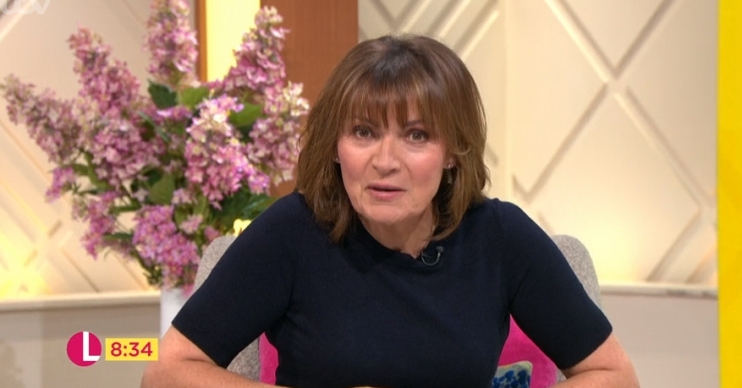 Lorraine Kelly has said she is “baffled” by Esther McVey’s claim that she was promoted above her at GMTV and added that she strongly disagrees with her politics on LGBT rights.

The daytime TV star shook her head and looked shocked as she watched a clip of the Tory leadership hopeful telling a press conference that the pair used to share a dressing room.

Rumours of a feud between the two women have swirled after Kelly appeared to “snub” her former colleague live on air on Monday, when the politician was a guest on ITV’s Good Morning Britain.

However, when Lorraine was shown the clip from the press conference by Piers Morgan during GMB on Tuesday, the presenter dismissed her claims.

Piers said to her: “So [she is] basically inferring there you lost in a kind of love war over Eamonn?”

Lorraine replied: “Well, who wouldn’t want to fight over Eamonn Holmes?” before adding: “No, there is no battle. I’m baffled by that though because I had my own show from 1992 and I don’t actually think she joined until five years later.

“As far as sharing dressing rooms go, it wasn’t really like that. It’s not palatial like it is now. I know Piers, you’ve got your Winnebago.

“It was just a little room that everybody shared, that we went in and we got ready in.

“It wasn’t a dressing room with couches and all of that, it wasn’t palatial at all.”

Pressed by Susanna Reid if the pair were “best friends”, Lorraine said: “I will be genuinely honest with you, I don’t remember.

“It was a long time ago, my show was totally separate from that show.”

Asked if she approves of Esther’s politics, she said: “Yesterday, Piers, I will be honest with you, I just got sick to the back teeth of the whole toxic political atmosphere.

“I strongly disagree with her on LGBT rights and I just felt like I’ve had enough of this, we’ve had two-and-a-half years of going round in circles over Brexit and now we’ve got people at each other’s throats and its got to stop.”

Esther has drawn criticism for saying parents should have the right to withdraw their children from lessons where they are taught about LGBT relationships.