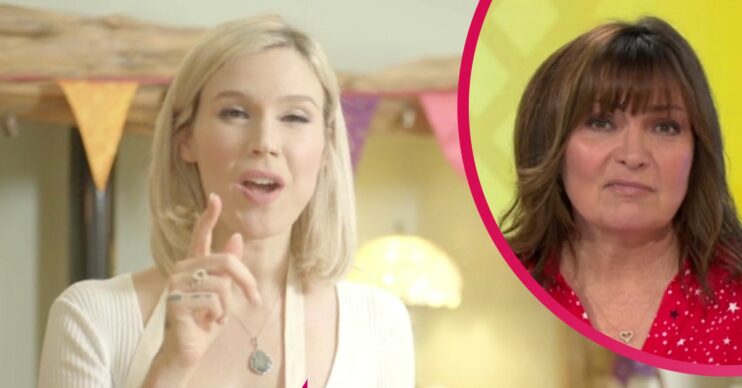 Some viewers found it a little annoying

Lorraine viewers were left divided over Joss Stone on the show this morning (Wednesday, January 5).

Joss was on the show to host a cooking segment, but spent a lot of the time singing, causing some viewers to complain in the process!

Joss, 34, appeared on Lorraine today to make some corn chowder. The singer was in her kitchen at home in Devon to make the delicious dish.

Viewers were then greeted by Joss giving a short rendition of Judy Garland’s song Good Morning as they joined her in her kitchen.

Read more: The Masked Singer: Paul O’Grady is bookies favourite to be behind Poodle

“I’m actually here to cook, not sing,” she laughed. “I couldn’t help it! Good morning everyone!”

The winner of last year’s Masked Singer then started preparing her sweet corn chowder, occasionally singing as she went along.

After Joss had finished her segment, the show returned to Lorraine back in the studio.

“Thank you, Joss,” she said. “I think singing in the kitchen is the way ahead!”

What did viewers say about Joss Stone’s singing?

Plenty of viewers headed to Twitter to complain about Joss’ singing, with many asking why she’d bothered hosting a cooking segment in the first place.

“Joss did more singing than cooking. Why not just have her on to perform? Makes no sense having her cook as she’s not really a proper chef, just a celeb who cooks,” one viewer said.

“Joss Stone – possibly the most annoying person ever with her singing every two seconds,” another tweeted.

“Think this Joss Stone bit is best watched on mute,” a third wrote.

What else was said about the star’s singing?

However, some viewers found themselves to be enjoying Joss’ musical appearance and were keen to show their support for the star.

“Joss Stone looks so amazing, and happy,” one viewer gushed.

“Awh, I loved @JossStone in the kitchen. She seems so lovely,” another wrote.

“Joss Stone cooking on #lorraine is just great!” another viewer tweeted. “It’s refreshing to see ‘normal person’ cooking sometimes, instead of the perfection of the celebrity chefs. More Joss please!”

Viewers who didn’t enjoy Joss’ singing may be surprised to remember that the 34-year-old actually won the last series of The Masked Singer last year! The singer was dressed as a Sausage and managed to beat Ne-Yo and Aston Merrygold from JLS to win.

What did you think of Joss’ singing on Lorraine today? Leave us a comment on our Facebook page @EntertainmentDailyFix and let us know!