Lorraine Kelly has admitted she once spanked Brian Conley on the bottom.

During Thursday's edition of her talk show, Lorraine spoke to Brian about his role in the new 9 to 5 musical on the West End.

But things quickly turned awkward when Brian revealed Lorraine, 59, once gave him a little smack on the bum after he showed her his x-rated tattoo. 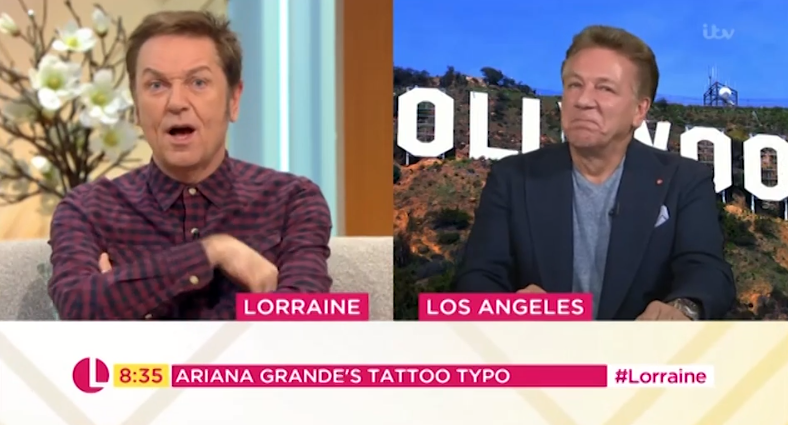 Brian revealed Lorraine smacked him on the bum! (Credit: ITV)

Entertainment correspondent Ross King told Lorraine: "I know you've got Brian Conley, probably one of the finest entertainers our country has produced there. He's got a tattoo which I have seen..."

Lorraine cut in: "Yes, I've seen it as well. I've touched it as well," before bursting into hysterics.

Brian explained: "Yeah she did, she did! She said, 'Have you got a tattoo...' because it's on my bottom and she went, 'ooh!'" as he slapped his hand on to his other hand, revealing that the presenter in fact gave his bottom a little smack when she saw the tattoo. Lorraine admitted she couldn't help herself when she saw Brian's tattoo (Credit: ITV)

Brian's tattoo is a "No Entry" sign on his right bum cheek.

Going slightly red-faced, Lorraine said: "I couldn't help myself! It was one of the funniest things I've ever seen.

"We were trying not to talk about that weren't we," as Ross continued his segment.

As the segment came to an end, Lorraine told Brian: "I've just about recovered from seeing your tattoo.

"Thank you for showing me your bottom, it was lovely, and your tattoo, which is a 'no entry' sign."

I couldn't help myself! It was one of the funniest things I've ever seen. 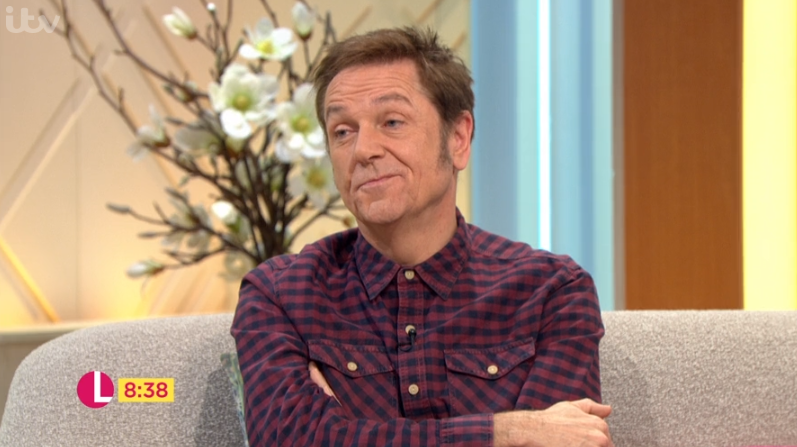 Brian has a tattoo on his bottom (Credit: ITV)

Meanwhile, Ross opened up about his new role in 9 to 5 The Musical.

Speaking about the musical, he said: "It's got comedy, a great story, great songs. We've done a few performances now and every time, the audience have stood. It's doing so well."

Speaking about his character in the play, he said: "I'm like Captain Hook really. I did really struggle with it initially because I'm not used to that [being a villian]. I've not been a baddie."

Will you be watching 9 to 5 The Musical? Leave us a comment on our Facebook page @EntertainmentDailyFix and let us know!