Both her and Arcuri's names trended heavily on social media following the clash which played out across a split TV screen after hosts Piers Morgan and Susanna Reid introduced Lorraine to speak about what was coming up on her own ITV show.

But coming just moments after the ex-model’s unenlightening chat, Lorraine switched focus back to the show guest and ripped into her live on air.

"That was crazy, wasn't it?" Lorraine sighed to the GMB presenters from her studio. 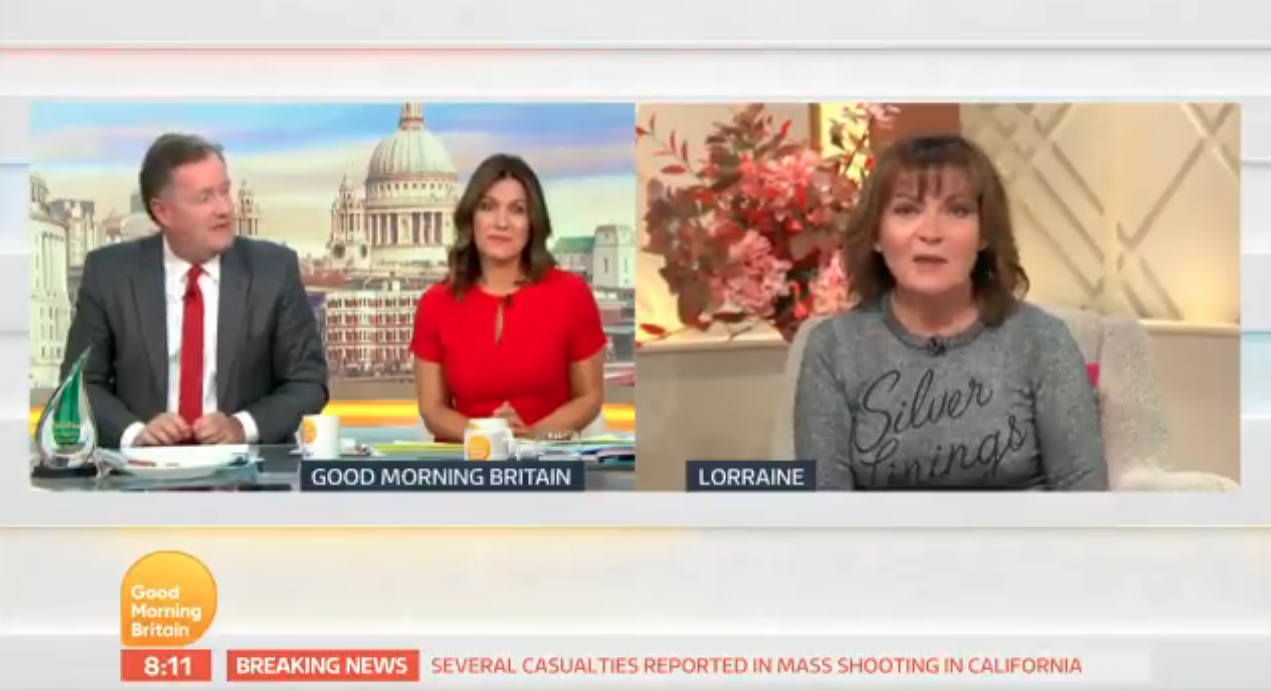 She continued: "What was the point? Coming down and not answering any questions. What's the point in that?"

Piers then invited Arcuri - who was still sitting with him and Susanna on GMB - to respond to Lorraine, who then addressed her words directly to Boris Johnson’s ex tech tutor.

Lorraine scoffed: "It just doesn't make any sense. What's the point in you coming down and not saying anything?"

A stunned Arcuri was then asked the same question again after she indicated she hadn’t heard Lorraine before responding: "I believe I said a few things. What was it that you were looking for that I didn’t say?" 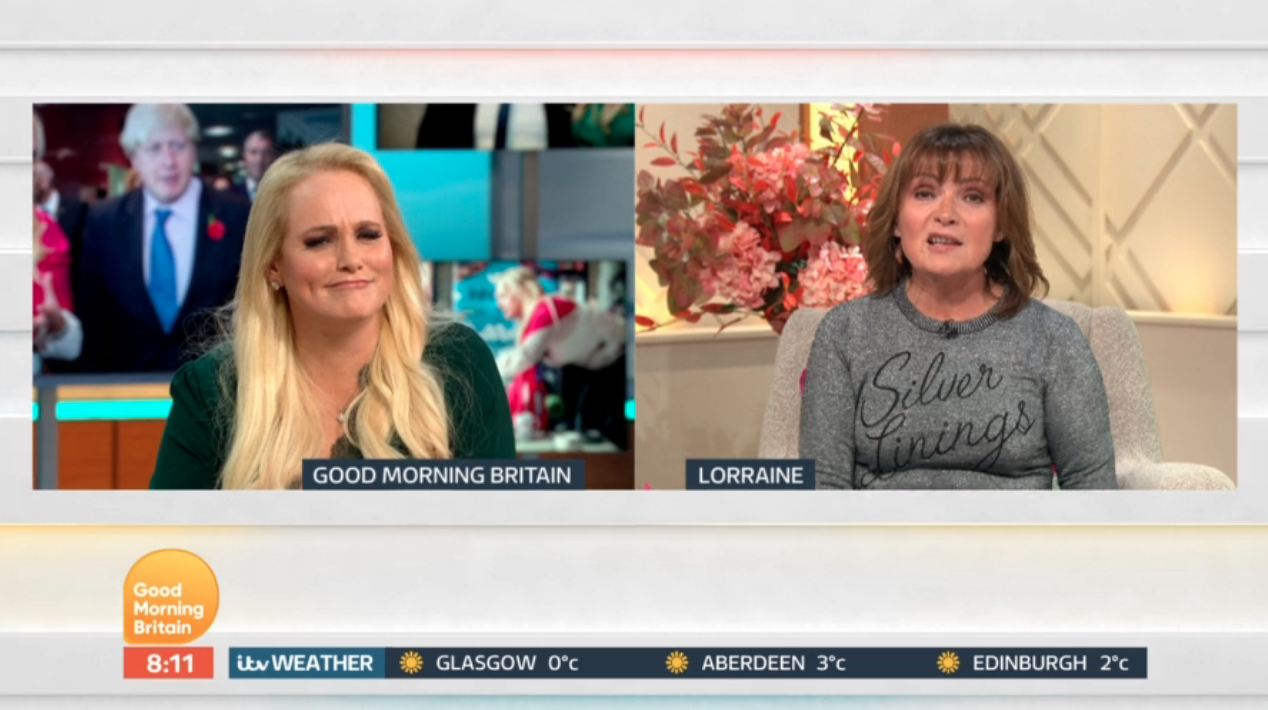 But that answer still held no sway with Lorraine, who brutally dismissed Arcuri: "You didn't answer any of the questions put to you.

Viewers praised the TV presenter as a 'hero' for her uncompromising approach during the hostile encounter, with some suggesting the Scottish star may have been a better choice to conduct the interview with the guest who swerved answering questions put to her.

"You go girl! You had the guts to say what many were shouting at the TV! Can't beat live TV! #lorraineforPM," wrote on Twitter user.

"Well said Lorraine. The only point was to get her face back on the screen again," tweeted another.

Another viewer added: "You spoke for all of us Lorraine, good on you!!"

Asked directly during the GMB appearance whether her association with Boris Johnson when he was Mayor of London was 'an affair', Arcuri replied: "I'm not going to answer that question.

"But as you can tell there was a very special relationship there and when it did come out, half the people already assumed the affair and told me to admit.

Lorraine had a few words for Jennifer Arcuri...👀@lorraine | #GMB pic.twitter.com/dyPqIleISQ

"The other half just wanted me to deny, deny, deny."

She also claimed the Prime Minister hung up on her last weekend when she called him.

In her previous appearance on the ITV daytime show, Arcuri bizarrely asked Piers Morgan whether he was 'falling in love with her' as she faced questions about her alleged affair with Johnson. 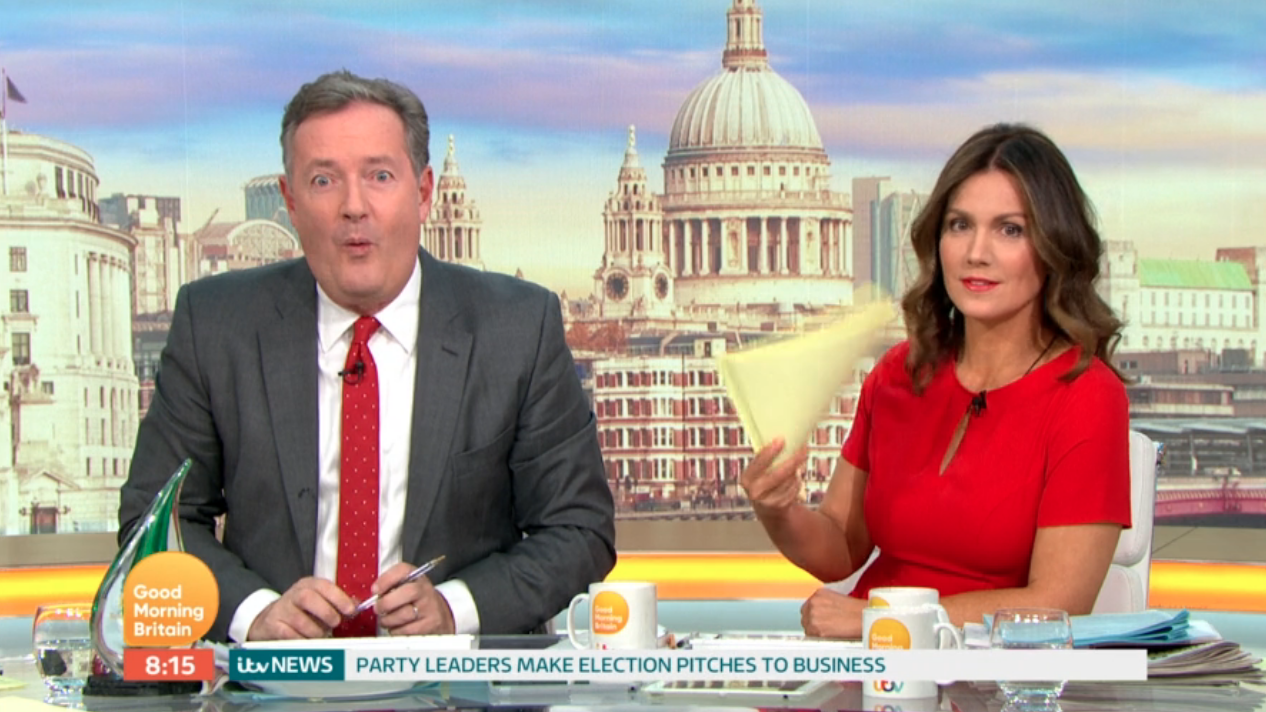