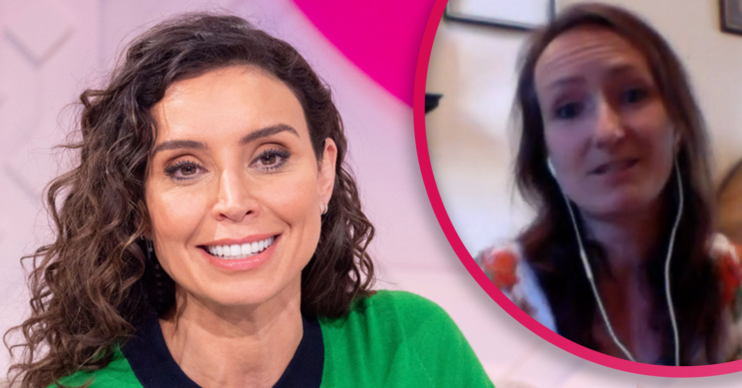 Anna Hughes claims it's time to think about reducing the population

A guest on ITV’s Lorraine criticised parents who choose to have large families today (July 29).

Speaking to new mum Christine Lampard, Anna Hughes explained that she personally decided not to have children to help save the environment.

She then sparked a furious reaction by suggesting parents with large families weren’t being considerate of the planet.

“My personal choice is not to have a family and I would encourage others to choose to have small families,” she said.

“I would argue that someone who has chosen to have a large family hasn’t really considered the impact they’ll have on the planet, our futures and everyone else as well.”

Anna continued: “It’s not just our emissions, it’s school places and hospital places, our consumption – all of these things go up the more people there are in the world.”

She went on to explain that people should make informed choices when deciding whether to have children.

“I [made an informed decision] a couple of decades ago that having children wasn’t for me because I am really aware of the number of people on the planet,” she continued.

“Naturally, each of us has a carbon footprint and I do everything I can to reduce mine – and not having children or deciding to have a family is part of that.”

One wrote: “Then just don’t have children and be quiet about it, instead of preaching and virtue signalling on #lorraine.

“Think of those that would love a baby yet don’t have the luxury of choice. Very insensitive of @itv.”

Another commented: “She should think of the people who want children but it’s something they haven’t got a choice in before she opens her mouth #lorraine.”

Moments later, a third wrote: “Watching a moron on #lorraine trying to explain why she hasn’t had kids. She really needed to put more thought into her nonsense.”

Shortly after, a fourth tweeted: “This woman preaching the virtues of saving the planet by not having kids… bore off love #lorraine.”

However, there were some Lorraine viewers that supported Anna’s perspective.

One tweeted: “It’s never ever selfish not to have kids. It’s best to do what is best for you not for everyone else #Lorraine.”

Another added: :No one should have to force themselves to have kids if they don’t want to. That shouldn’t be like a bad thing.

“Not everyone has the same ambitions and goals. It’s actually good to care about the world and environment we live in. No one should never explain themselves. #Lorraine.”