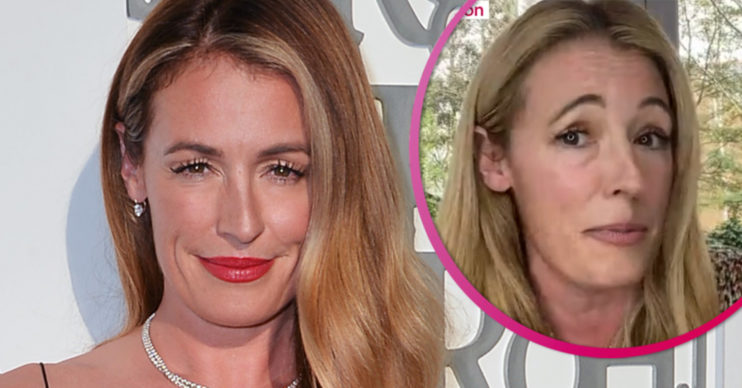 Lorraine: Cat Deeley to host the show next week as she makes UK TV comeback

Cat said she's "so happy" to be back at ITV

Cat Deeley has announced she will host Lorraine next week as she makes her UK TV comeback.

This will mark the star’s first solo presenting role in the UK in 14 years.

In a statement, the star, 44, admitted she’s “so happy to be back at ITV” and can’t wait to welcome “some old friends on air” as Lorraine Kelly takes an Easter break.

But appearing on the show today via video call, Cat admitted she’s a “little bit terrified”.

What did Cat Deeley say about hosting Lorraine?

Speaking to the Mirror, Cat said: “Lorraine has kindly entrusted me with her show while she has a break over Easter.

“I’m so happy to be back at ITV for the coming week and looking forward to meeting some people I’ve wanted to ­interview for sometime and also welcoming some old friends on air.”

In addition, Lorraine editor Victoria Kennedy added: “Next week the lovely Cat Deeley will take to the helm of Lorraine, providing viewers at home with much-needed Easter enjoyment.

“As a huge fan of SMTV, I’m more than just a bit delighted. And of course we look forward to welcoming Ranvir back too.

We’re delighted to welcome the brilliant @catdeeley to the #Lorraine family next week as she steps in for @reallorraine! pic.twitter.com/NpJeJeaSLs

“We’ve got a great lineup of Easter guests joining us.”

I’m so happy to be back at ITV for the coming week.

On Thursday’s Lorraine (April 1), Cat appeared on the programme to confirm her stint.

She said: “I hope I’m even half as good as you Lorraine. I’m a little bit terrified.

“I haven’t really been properly dressed from the waist down since goodness knows when.”

Meanwhile, Lorraine revealed all Cat asked for in her dressing room was “strong coffee” and a bunch of bananas.

Viewers shared their thoughts on Twitter as one person said: “I like Cat she’s down to earth.”

However, others weren’t happy as one tweeted: “No no noooo.”

Another said: “Wait, Cat Deeley on the show? #Lorraine is it an April fool’s? (Please be April fool’s).”

Are you excited to watch Cat Deeley host Lorraine? Tell us on our Facebook page @EntertainmentDailyFix.