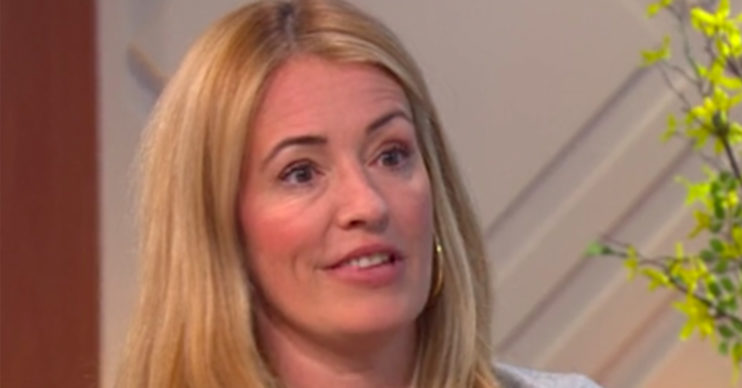 Lorraine: Cat Deeley fans hit back at trolls for moaning she’s ‘too happy’

There's no pleasing some!

Cat Deeley fans are hitting back against criticism of her hosting style on Lorraine.

The former SMTV Live host, 44, is standing in for Lorraine Kelly, 61, during half-term.

But trolls mocked her this week for being “too happy” on the popular ITV magazine show.

Dozens took to Twitter today to accuse Cat of being too peppy and smiley.

Apparently this offended them, and some even begged for Lorraine to return.

But now her fans are coming out in full force – and praising her as a host.

One Twitter user defended her with: “#Lorraine it’s so refreshing to have Cat Deeley back on our screens, love Cat Deeley her energy and she’s current, hopefully here to stay.”

Meanwhile, another user claimed: “See ‘Cat Deeley‘ is trending on UK Twitter, only to discover that it’s just a bunch of people complaining that Cat Deeley is too happy and nice.

“You people deserve to have to watch morning TV. It is both your crime and your punishment.”

Whereas a third jumped in to praise Cat with: “Woah – everyone hating on Cat Deeley for… wait… being too nice and happy? Wtf is up with people? #bekind lasted well didn’t it.

“Looking at some of the women slating CD – they mourned the loss of Caroline Flack whilst watching her documentary only days ago.”

And a fourth user shared: “Right, let’s get this straight. Cat Deeley has been presenting TV shows for near enough 25 years so she must be doing something right.

“Also, it’s morning TV she is presenting, not a bloody funeral march – happiness and joy are allowed. All those moaning, get a grip of yourselves.”

She gushed her on Twitter over how much she enjoyed Monday, and said her children loved it too.

On the episode she was in near tears as Adam Henson delivered Easter lambs.

In fact, Cat tweeted: “Thank you for all your lovely comments! So fun @reallorraine