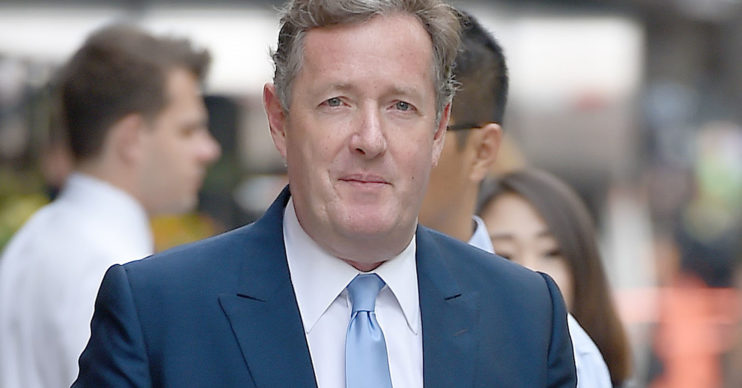 The Twitter spat between Lord Alan Sugar and Piers Morgan has reached a peak with the business mogul calling out the presenter for “irresponsible” coverage of the coronavirus pandemic.

Sugar, who has repeatedly clashed with the Good Morning Britain presenter, has hit out saying: “He is absolutely exploiting this pandemic for his own gain.

“He is trying to become a martyr.”

It’s terrible reporting, I’m sick and tired of him, he’s doing it for his own profile.

After Piers recently criticised the government over their lack of protective clothing for those on the front line, Lord Sugar said: “Whatever the government is trying to do, they are working their hardest.”

He added: “They’re not deliberately not getting equipment to the NHS, there is a problem with the supply chain. It’s totally irresponsible and normal people watching at home get worried.

“It’s terrible reporting, I’m sick and tired of him, he’s doing it for his own profile.”

Piers hasn’t taken the comments lying down though. In an interview with The Sun, he called the billionaire “stupid” and “selfish” for his comments.

The argument between the two bold personalities has evolved during the coronavirus pandemic when Lord Sugar took to Twitter after Piers criticised the public for flouting lockdown measures to sunbathe in public parks.

Sugar wrote: “I can’t for the life of me understand what @piersmorgan is on about in respect to sunbathing.

Piers responded on the social media platform: “Billionaire hiding safely in his luxury Florida home demands the right for British people to all go out sunbathing, in direct contravention of Govt. instructions, as UK #coronavirus death toll rockets incl more & more NHS staff on the frontline.

“What an utter disgrace.”

Piers has let his seven million followers know any hopes for friendship are gone. He tweeted to suggest that his friendship with Lord Sugar is over.

He wrote: “I’m done with @Lord_Sugar, trust me.

“His behaviour over this crisis has been an absolute disgrace, especially for a peer. But when he actively encourages British people to go out sunbathing, I can’t just sit back & say nothing. His reckless, shameful stupidity will kill people.”