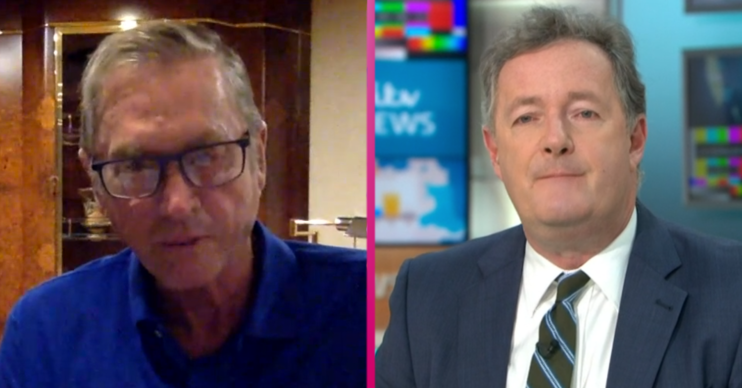 The former Tory politician appeared on the show to promote his new book Unfair Game – an expose of South Africa’s captive-bred lion industry.

He called on the public to support his campaign, which seeks to put an end to the animal cruelty.

But it wasn’t long before Piers cut him off to criticise the UK government’s response to coronavirus.

Calling the GMB host on what he was doing, Lord Ashcroft hit back: “As my Twitter feed said Piers, I knew you’d move on to politics fairly rapidly here after talking about the lions.

“Do bear in mind from my point of view that I resigned from the Conservative party and the House of Lords over five years ago.”

Those tuning in at home took to Twitter afterwards to criticise Piers for changing the subject so quickly.

“@GMB your presenters have just interviewed @LordAshcroft to discuss the #UnfairGame but instead they chose to tailor the discussion to slag off the government,” wrote one.

“Seriously, and you wonder why no one wishes to go on your show!”

Another added: “Great interview. We all knew Piers would go off topic. Well done for bringing it right back to your book and the real reason you were on tv today!”

Shortly after, a fourth commented: “Yup, hijacked by Morgan into his daily rant. Well fielded sir!”

GMB must go on

He told the GMB host: “The decision that the prime minster and others had to make at the start of a pandemic were very difficult decisions.

“Whether they got it right or not would probably be in hindsight rather than foresight.

“I don’t envy the decisions that they have had to make.

“Quite clearly in every nation, mistakes will have been made. Whether we learn from them or not in the future only time will tell.”