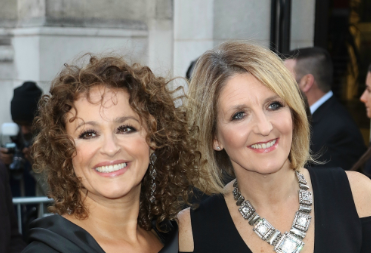 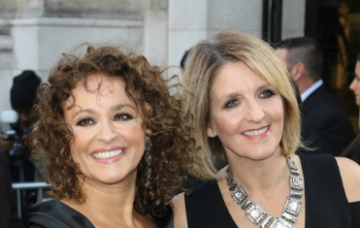 It's good to see them smiling again!

Say what you like about the Loose Women, but they’re never less than entertaining!

And Nadia Sawalha and Kaye Adams have had their fans in STITCHES after sharing a video on Instagram that wouldn’t look out of place on You’ve Been Framed.

The two ladies were enjoying some time away from the ITV panel show when things took a turn for the worst.

Nadia, 53, was in the process of filming a selfie clip when something happened that left Kaye, 55, red-faced and her best mate virtually wetting herself.

Nadia appeared to be in a canteen as she started filming, completely oblivious to what was about to happen.

Suddenly, a figure emerged from behind her. And no sooner had we realised it was Kaye than the Scottish star fell flat on her face!

Nadia asked her friend: “Are you alright?”, before the pair burst into fits of laughter. And we mean FITS!

And fans of the popular pair clearly found the clip equally hilarious.

One chortled: “You have my warped sense of humour!! So funny… sorry Kaye!!”

Another added: “This made me cry, I laughed so much!!”

And another chipped in: “LMAO – don’t all run at once to help poor Kaye! Tehehe.”

Both Kaye and Nadia were faced with some difficult times in 2017.

Kaye’s father died in February, and later in the year she had to take time out from her Loose Women duties as her mother was ill.

That was followed by Nadia’s beloved Nanny Thelma – her husband Mark Adderley’s grandmother – passing away in November. As a consequence, the Londoner also took a break from the ITV show.

So it’s great to see them enjoying themselves again – even if it was at Kaye’s expense!