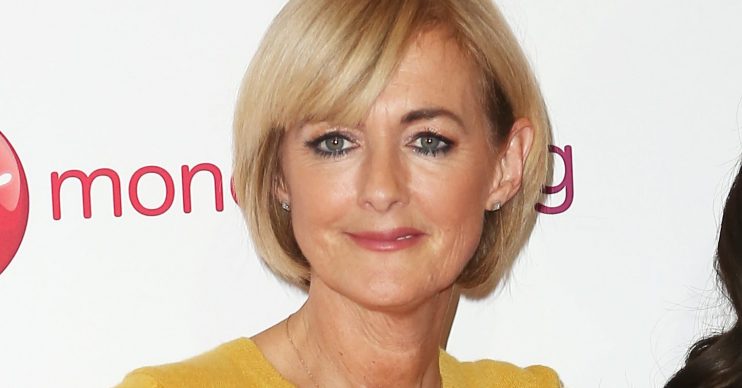 Jane Moore from Loose Women has opened up about her “perfectly normal tummy folds” and “cellulite” with a candid snap of herself in a bikini.

The presenter, 57, shared a message about body positivity for her followers on social media as she uploaded a “flattering snap” and insisted she doesn’t look anything like it when she stands up.

The photo, posted on Instagram, shows Jane reclining on a foam lilo as she chills in a pool on holiday.

She wrote alongside the snap: “I know it’s de rigeur to post photos pointing out whatever you think your flaws are, but I’m too old for all that.

“So instead, I’m very happy to post a flattering snap when I see one! No, I don’t look anything like this standing up (as you can tell from the white stripe on my midriff where, thanks to perfectly normal tummy folds, the sun don’t shine) and yes I have cellulite that you can’t see, but so what?

“This image is still ‘real’ – it just happens to be a reclining, artfully shadowed reality captured by The Bloke who likes to take b/w shots on his phone.”

She continued: “It’s more reminiscent of a painting than a photo, but I really like it so I thought I’d share it.”

Her followers rushed to praise her in the comments, with one writing: “You don’t need to justify why you’re putting up a pic that you like of yourself. Post it and say ‘Here I am world’. You look amazing lying down or standing up!”

Another said: “You look absolutely fab in this pic, Jane! I always think that the best photos are those that are taken when you are completely off guard. As that’s when the real you is captured.”

Just checking the grapes for my next wine order. Not sure there’s going to be enough… . . #wine #chateuneufdupape #france #grapes #vineyards #summer

Jane was on a two-week holiday with her husband Gary Farrow as she took a break from her usual presenting duties on daytime telly.

In an episode of Loose Women earlier this month, Jane was part a debate over whether or not smokers should be paid to quit – and angry viewers slammed her co-star Carol McGiffin for suggesting giving up is “not difficult”.