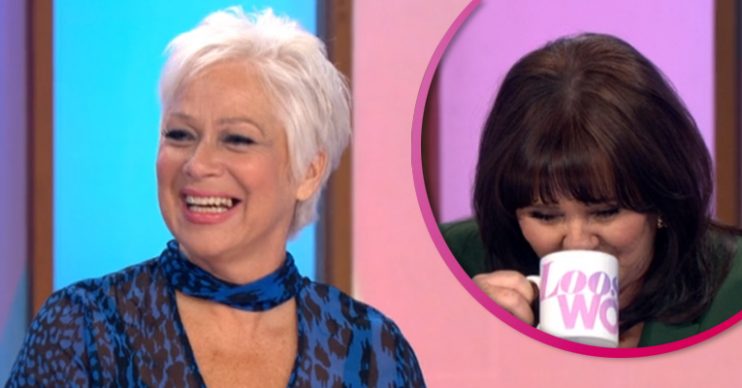 It came after Coleen’s manager hit out at Nadia on Twitter last week, hinting the mum-of-two isn’t as nice as she seems.

Coleen was not in any way associated with the tweet.

However, the 62-year-old has since fired back at the alleged unfollowing.

Sharing a screenshot of a recent article, she raged: “Utter rubbish. I never followed Col anyway as she doesn’t run her own page!”

Coleen previously addressed the spat on Twitter yesterday, insisting she was never connected to her manager’s comments.

Her statement read: “This shouldn’t need clarifying as it was 100% clear that Coleen was never connected to @MelanieBlakeUK‘s tweet about Nadia Sawalha.

This shouldn’t need clarifying as it was 100% clear that Coleen was never connected to @MelanieBlakeUK ‘s tweet about Nadia Sawalha. But as unfounded reports continue to link her to the stories we request the media to please remove her name from any further reports.

“But as unfounded reports continue to link her to the stories we request the media to please remove her name from any further reports.”

Meanwhile, Denise hasn’t been afraid to publicly show her support towards Nadia in recent days.

Taking to Instagram over the weekend, she wrote: “One of the loveliest of friends.

“Have absolutely zero idea of when this was or where but it was a long time ago!! Love you Nads!! @nadiasawalha ❤️❤️.”

The drama kicked off when Melanie Blake issued a stinging attack against Nadia on social media.

Following Melanie’s tweets, Nadia thanked her fans for “lovely” messages in a video.

The 55-year-old said: “Something happened today that wasn’t very nice, not all days are nice. But I’ve had so many lovely messages that I didn’t really want it to go left unsaid.

“To my many colleagues that have texted or messaged me, some that I haven’t seen for years, some that I’ve worked with on different shows, to subscribers, to followers, to friends, to strangers.

“There are so many more good people than bad people in the world. Thank you.”

Entertainment Daily has contacted Denise and Coleen’s reps for comment.