On today's show (June 12), the panel were talking about whether or not they would 'honeytrap' their partners if they suspected cheating.

Explaining exactly what it is, Ruth Langsford used an example of a woman who tricked her boyfriend by setting up a fake social media account. 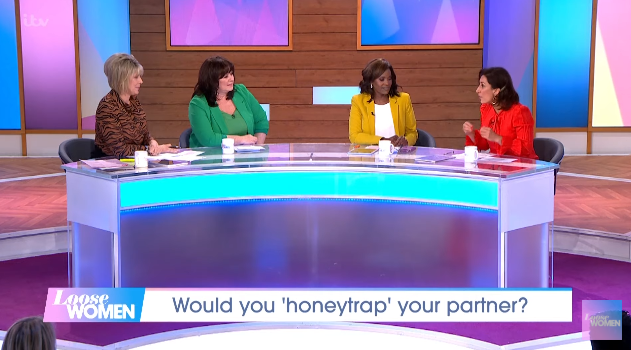 Saira said she would do it (Credit: ITV)

Read more: Christine Lampard confesses she's "all over the place" looking after daughter

She said on the programme: "There's a woman who was so convinced her husband was playing away, she set up a fake Facebook account. She pretended that she was her partner's ideal woman.

"So she posted as somebody else, someone she knew he would fancy. And she lured him out on a date. So he fell for it... and she kicked him out."

She asked the others if they would ever consider doing it and Saira raised her hand. 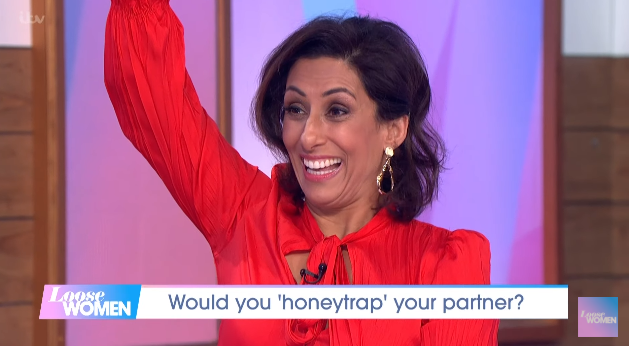 The other Loose Women were stunned (Credit: ITV)

Ruth said: "It's a horrible feeling, isn't it? If you think your partner's cheating. It can send you a little bit, kind of, crazy. And you might do things that you wouldn't normally."

Saira asked them: "But if you suspect, how else are you going to confront them unless you do a honeytrap?"

The other Loose Women all clamored to argue with her, but she pushed on and insisted she would do it as a "joke" just to "see what his reaction would be".

Ruth told her that it wouldn't be a joke if her partner then admitted to fancying the other woman.

Saira tried to clarify her point but Coleen cut in: "That's just really weird, Saira. It's just causing an argument. If you send a sexy woman in to a group of men. He's a man! Of course he's going to look at her and go, 'She's sexy'. 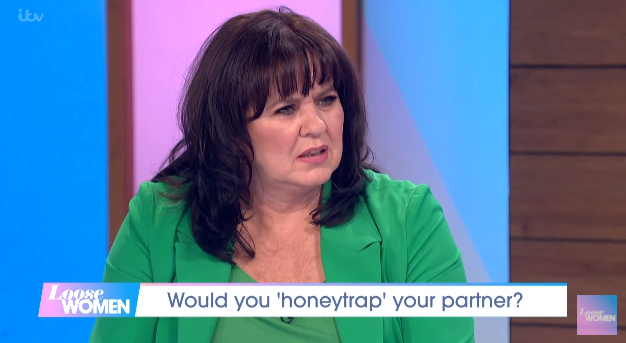 Coleen said it was "weird" Saira wanted to honeytrap her partner (Credit: ITV)

Saira responded, speaking about her own husband: "You see, I don't think he would."

An exasperated Coleen said: "Oh, you're an idiot."

Saira fired back, "Not all men are like that!" but Coleen explained, "We're not saying he would, as in, he'd do anything about it. But he's human, he's going to go, 'She's a nice looking woman'".