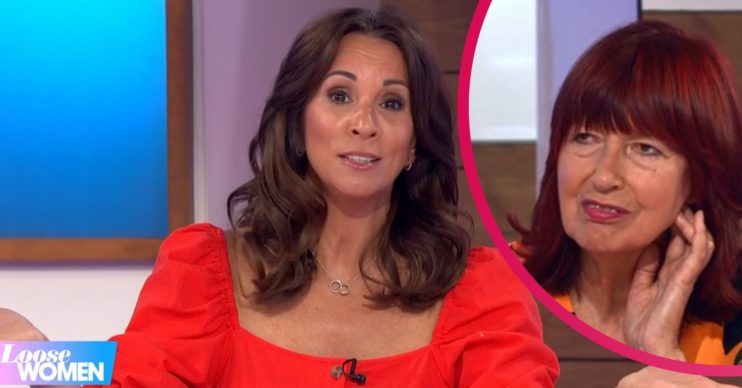 The show was taken off air for horse racing

Loose Women was cut to just half an hour today as the show was forced off air.

The lunchtime panel show had to make way for ITV Racing: Live from Goodwood.

It’s fair to say viewers were unimpressed as Andrea McLean made the announcement that was it was the end a mere 30 minutes into the show.

Andrea and her fellow panellists Janet Street Porter, Linda Robson and Saira Khan hadn’t even managed to interview any guests with such a short time limit.

What did Loose Women viewers say about the cut?

Those watching at home were baffled and not very happy about the show coming to an abrupt end.

One questioned on Twitter: “Loose Women only on for 30 minutes?”

A third said: “[Bleep] me that went quick today.”

Others lashed out at ITV for airing the horse racing instead: “Racing [Bleep],” wrote one.

Another suggested the racing should have been put on a different channel: “Oh well Loose Women gets cut again for horse racing. Wish they cut the horse racing on ITV and put it on the ITV Racing Channel.”

Despite not having any guests to talk to, the ladies managed to keep us entertained.

During a discussion on designer bags after they joked the latest item on sale looks a bit like a dog-poo bag, Linda confessed she’d once been mugged for her bag.

She was carrying a Selfridges bag full of dog poo and someone, who therefore thought their luck was in, snatched it from her.

“This bike came past me, punched me in the face, and took the Selfridge’s bag and drove off,” she explained.

Linda had a black eye, but a sense of satisfaction that all her attacker had got was some poo!

Yesterday Saira was branded inspirational as she shared a topless picture from a wellness retreat she attended.

She revealed on Loose Women she felt run down after all the cooking, cleaning and being a mum during lockdown had taken its toll.

Andrea and the other women subsequently applauded her. Andrea insisted the best way to be a brilliant parent is to above all make sure you’re taking care of yourself.