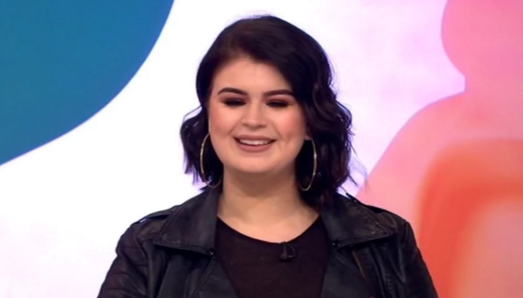 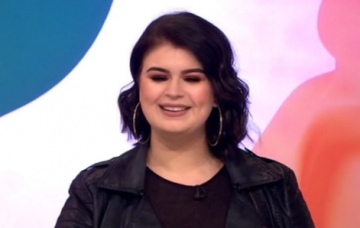 She was bullied at school

When Jessica Davies exchanges vows with her fiance at their wedding, it’s not just the emotion of the occasion that’ll have her in floods of tears – it’s also what she had to achieve to get there.

The 24-year-old beauty blogger had a severe stammer for many years, and was terrified of getting married in case she fluffed her lines.

However, after signing up for a new TV documentary that put her through intensive therapy, her speech has been transformed, giving her the confidence to start planning her big day.

And after she told her amazing story on today’s Loose Women, watery-eyed viewers labelled her an “inspiration”.

Jessica, from Pontypridd in Wales, couldn’t speak a word until she was four years old, and as she grew into an adult, she developed a stammer that badly affected her everyday life.

At school, she became so frustrated that she would punch herself in the face and pull her own hair.

She was bullied by other children, while her school teachers thought she was intellectually challenged and put her into the bottom classes.

Even when she met her husband-to-be, she struggled to live a normal life. Whenever they went out for dinner, he would have to order for her.

And tragically, she wanted to get married on a little boat in the ocean, so that nobody would be able to hear her say her vows.

So when she was approached to appear in a one-off documentary that would help to remedy her speech difficulties, Jessica jumped at the chance.

School For Stammerers – which will be screened on ITV1 on Tuesday at 9pm – follows Jessica and four others with a similar condition as they undergo an intensive course called The McGuire Programme.

Run by former stammerers, it’s helped to transform the lives of many sufferers – including pop star Gareth Gates.

And Jessica has no doubts about the effect that it’s had on her well-being.

She told Loose Women: “My life has not been how I wanted to live it. I’ve always been this shy girl and I’ve never been talkative. The course has changed my life.

“I wanted to show people who I am. I have a voice.

“I think everyone [at the wedding] will be so pleased to hear me say my vows without my stammer!”

And viewers were truly moved by Jessica’s show of courage. One tweeted: “Getting so emotional at this lady on @loosewomen!! What an amazing girl.”

Another agreed: “What a fantastic lady on the show today. Jess, you’re an inspiration.”

And a third added: “Brave young lady, Jessica!!! Well done – so glad the ladies [for the] first time ever have not interrupted!! Miracles do happen.”