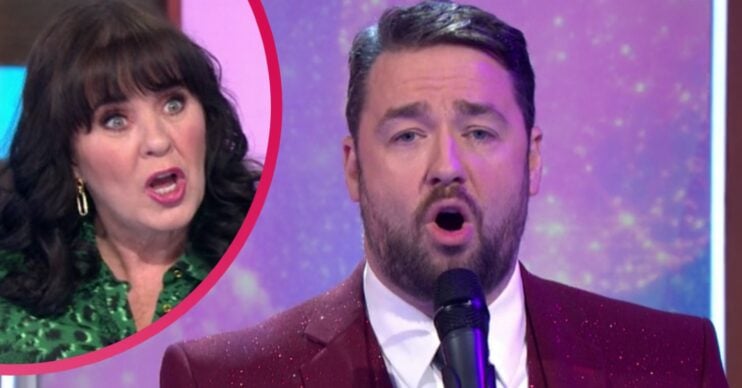 Loose Women viewers were treated to a performance from Jason Manford on the programme today (November 24).

The much-loved comedian appeared on the ITV panel show to promote his upcoming Christmas Concert tour.

But as Jason teased fans with a festive song on the show, some viewers weren’t impressed.

As he sat next to a piano, the panel went on to quiz Jason about his Christmas tour.

Christine asked: “So tell us why you’re officially kickstarting our Christmas?”

Jason explained: “Last year we had Christmas stolen from us. A lot of us had things booked and we wanted to spend the day with our families.

“I wanted something in between where you can have a laugh, have a sing, bring your kids and bring your grandparents.”

The comedian is performing in Salford, London and Nottingham for three special shows.

Following the chat, Jason performed his own rendition of It’s Beginning to Look a Lot Like Christmas.

However, his singing was met to come criticism from viewers.

How did Loose Women viewers respond?

One claimed they muted their television during Jason’s performance

They said: “Had to mute the TV when Jason Manford started singing. Sorry. Love ya Jason but it’s still November mate #LooseWomen.”

Had to mute the tv when Jason manford started singing. Sorry. Love ya Jason but it’s still November mate #loosewomen

#LooseWomen Sorry Jason, but your no Michael Bublé and its still November.

Make it stop! The dogs barking and the kids have started crying! Christmas is now ruined! 🙉 #LooseWomen

Another shared: “Make it stop! The dogs barking and the kids have started crying! Christmas is now ruined! #LooseWomen.”

Meanwhile, others praised Jason’s performance and his striking suit.

One tweeted: “#LooseWomen Jason what a star.”

A fourth shared: “@JasonManford on @LooseWomen giving us a wee Christmas song.”