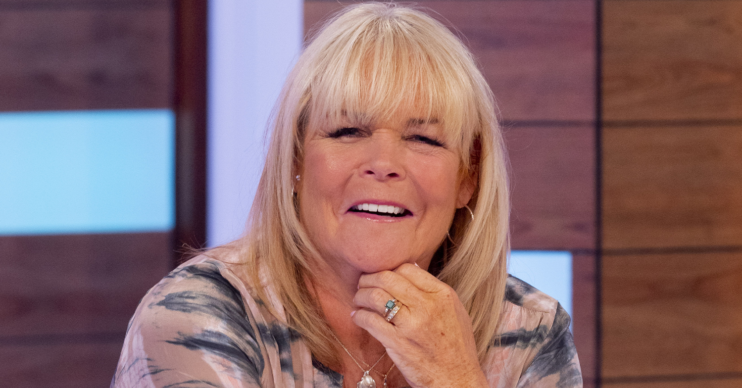 She had it fitted 25 years ago…

Loose Women viewers were today (July 2) left reaching for the sick bucket after Linda Robson revealed she forgot about her coil and it ended up getting embedded in her womb.

Birds of a Feather star Linda made the admission during a chat about contraception.

The chat saw the ladies bemoan the fact that contraception is almost always left to women – and that’s another thing that irked the show’s male viewers.

Linda admitted: “I had the coil after I had [son] Bobby 25 years ago and I forgot about it.

“I went for an internal and a smear and he said: ‘Oh do you know you still have the coil in there?’ and I said: ‘Oh no I’ve forgotten about that.'”

Chatting on the lunchtime show, Linda added: “He said: ‘Actually it’s quite dangerous because it’s embedded into your womb now.’

“So the nurse tried to remove it and she couldn’t so I went along to the hospital and he was up there trying to get rid of the coil, digging away trying to get it out of my cervix.

“He did it twice and said: ‘I think you’ll have to come back and have an anaesthetic and a procedure.’

“I said: ‘Oh please no I don’t want that, just try once more.’ So he tried and he got it on the third time, it really hurt as it was embedded in there.

“But it is scary as I reckon a lot of people do that and forget they’ve got the coil.”

What did Loose Women viewers say about the segment?

It’s fair to say a few Loose Women viewers thought the timing was a little off.

After all, many would’ve been settling down with their lunch when the show came on.

“I didn’t need to hear about Linda’s cervix while I was having my lunch thanks,” said one.

Another agreed and simply posted: “Ewwwww,” with the green vomit emojis.

Upon hearing of the doctor’s struggle to remove the coil, another viewer quipped: “Sounded like she had a JCB backloader up there! Poor Linda!”

However, others took to Twitter to complain that the ladies used the segment to “men bash”.

“So much of that discussion on contraception was just blaming men,” said one.

However, many other viewers took the opposing view.

One commented: “Contraception will always fall on women because… Old saying… It’s men that gets the pleasure, women gets the pain.”

Later on in the chat, Linda cracked a joke about the experience.

She said: “When they were taking my coil out they found a load of other things up there…

“A watch, a pair of glasses…,” as her fellow presenters laughed along.

However, not everyone found it funny.

One viewer said: “I was shocked and appalled by Linda’s joke!”

The news comes after Naga Munchetty detailed the agony she endured when having a coil fitted.

What did you think of Loose Women today? Tell us on our Facebook page @EntertainmentDailyFix.