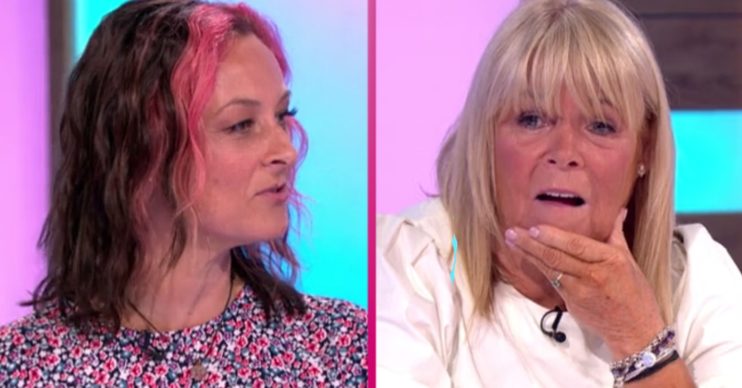 Buried her face in her hands with embarrassment

Actress Linda, 63, buried her face in her hands during the awkward exchange this afternoon (Thursday June 3).

She apparently had no memory of Luisa appearing in Birds of a Feather when it ran on BBC One.

It was revealed at the start of the show that guest Luisa had a bit of history with another panelist.

A clip showing ex EastEnders star Luisa sharing a scene with Linda in the long-running sitcom then aired.

However, despite the evidence in front of her eyes, Linda admitted she had no recollection of them working together.

And embarrassingly, it turns out the pair shared more screen time than that one scene.

Linda looked mildly mystified as they clip rolled – but also apologised for not recalling their collaboration.

“I’m so sorry, I don’t remember,” she admitted.

I made a real impression on you, didn’t I?

However, it seems Linda had been informed that they had appeared on the show more than once.

Unfortunately, that wasn’t the end of Linda’s discomfort.

That’s because Luisa then informed her that her character had also featured in a Christmas special, too.

A mortified Linda then covered her face with her hands. But Luisa took the exchange in good humour.

To wide-eyed reactions from the rest of the panel, Luisa reflected: “I made a real impression on you, didn’t I?”

Interjecting, host Kaye Adams said: “I tell you what, you actors are a fickle bunch aren’t you!”

It wasn’t the only moment on today’s Loose Women to include a reference to Birds of a Feather.

Linda also revealed her mum had “turned against” her former co-star and on-screen sister Pauline Quirke.

Linda explained: “There was a time when Pauline Quirke was in Emmerdale and she played a really nasty character. And she [Linda’s mum] turned against Pauline!