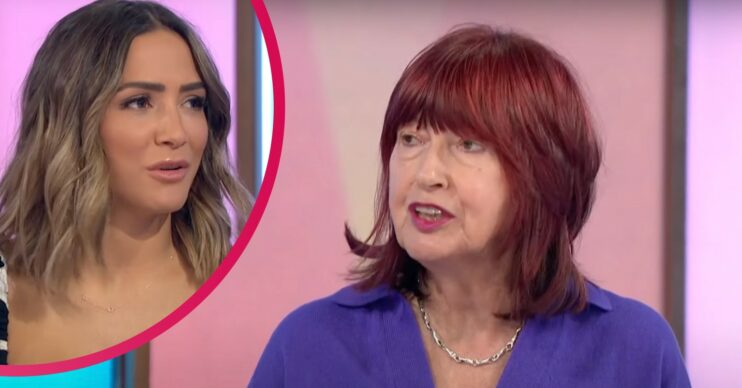 Unsurprisingly, Janet's views didn't go down well with those at home

The 75-year-old journalist said that the NHS shouldn’t treat obese people for free.

And it’s safe to say this didn’t go down well with some Loose Women viewers.

What did Janet say on Loose Women today?

During today’s edition of Loose Women, the panelists spoke about how the NHS can help the UK’s obesity epidemic.

The topic was raised after Health Secretary Sajid Javid revealed that half of the NHS’ budget is spent on “lifestyle conditions that are wholly avoidable”.

He has urged the public to take individual responsibility for their health to save the NHS.

Read more: Ruth Langsford hits back on Instagram after critics mocked her appearance

“I can see where he’s coming from,” Janet said. “But we have just gone through almost two years of an unbelievable situation.”

“It was hard to take exercise because you were cooped up at home for weeks on end,” she said.

“But having said all that, there is no two ways about it – the country is bigger, fatter, overweight, unhealthier,” she said.

What did Janet say next?

Janet continued, explaining a plan she’d put in place to help save the NHS.

“I’m in two minds about this because the government has asked Keith Mills to look at how we incentivise people to live more healthily. He’s the bloke who came up with the Nectar and Air Mile schemes,” she said.

“So every year we got so many points or, you know, rewards and we could choose how we spend them and what we spend them on,” she said.

When asked what happens when you run out, Janet said: “If you run out, you’re not gonna be able to get IVF, or gastric bands or cosmetics,” she said.

Plenty of viewers let their thoughts on Janet’s opinions be known on Twitter. Some shared their own experiences too.

“I respect Janet, however, she’s talking rubbish,” another said. “A gastric band is not an easy option! Obesity is an illness and I’ve lost loads and gained it back – it’s just not easy.”

“I’d be out of points too,” another said. “I’ve got multiple chronic health conditions, none are self-inflicted. I hate people like Janet, who is in such a privileged position, that she’s blinded by it.”

“Crikey my hubby has under active thyroid which means he struggles with his weight regardless of dieting and exercise. It’s not all about unhealthy lifestyles Janet,” another said.