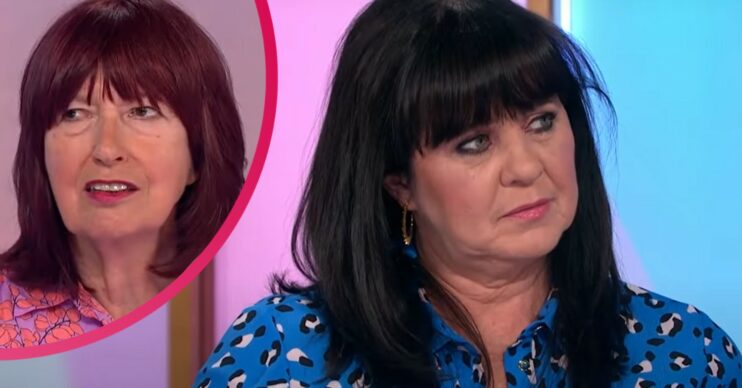 On Loose Women today, Janet Street-Porter and Coleen Nolan got locked in a fiery debate.

The ITV panelists were joined by Kaye Adams and Brenda Edwards on Loose Women on Tuesday (June 14).

On today’s show, the women were discussing whether they resent the idea of taking care of elderly relatives.

Janet opened up about her late mother, revealing that she regrets that they spent way “too much” time arguing rather than loving each other.

She said: “When my mum died, I was close to my auntie. But when my auntie died recently I took the decision to work harder on my relationships with my two cousins, her two sons.”

“It’s too easy in families to go, ‘I live here and you live there, it’s too hard to visit’. So I said, ‘Come and stay with me’. I decided to make the effort, because you have to, otherwise your family just drifts away.”

Janet then told the panelists that her cousins are coming to visit her in July. In response, Coleen jokingly replied: “I bet they don’t last until the end of July…”

The panel immediately erupted into laughter, sparking Janet to throw shade right back at Coleen.

“I’d like to say if either of my cousins are watching, don’t take any notice of Coleen. She’s bitter and twisted,” she teased.

Coleen then turned directly to the camera to address Janet’s family, joking: “Actually, phone me. I’ll let you know what you’re in for.”

On Loose Women earlier this month, Coleen wowed viewers when she showed off a new look.

The star sported a high ponytail and viewers seemed to love it. One person tweeted: “Loving the hair Coleen and love it when you are on, always makes my day.”

What did you think of Loose Women today? Leave us a comment on our Facebook page @EntertainmentDailyFix and let us know what you think of this story.