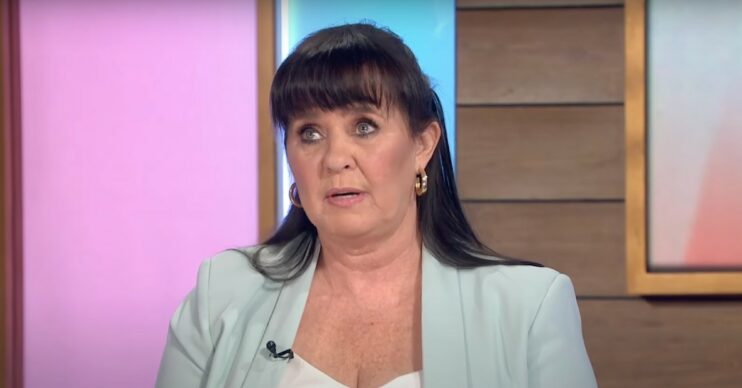 The 57-year-old rocked a new hairstyle on the show today, and viewers were pretty divided.

The star wore her hair in a ponytail today in a style that some viewers thought was very reminiscent of Ariana Grande.

Coleen said that she had taken inspiration for the high ponytail hairstyle from Helen Mirren.

The 76-year-old rocked a similar hairstyle on the Cannes red carpet over the weekend.

However, viewers were stunned over Coleen’s hairdo after seeing her on the show today.

Plenty of Loose Women’s viewers took to Twitter during the show to air their thoughts on Coleen’s new look.

Many appeared taken aback over the look.

“Loving the hair Coleen and love it when you are on, always makes my day,” one viewer said.

Coleen’s new look comes the day after her fellow panellist, Brenda Edwards, revealed some poignant plans she has.

Brenda revealed yesterday that she plans to get a tattoo in memory of her late son, Jamal Edwards.

Jamal passed away suddenly back in February, aged 31.

During yesterday’s show, Brenda revealed that her daughter, Tanisha, had had a tattoo paying tribute to Jamal.

“She recently just did one… a Virgo, which was Jam’s birth sign and his name,” Brenda said.

Loose Women airs on weekdays from 12.30pm on ITV and ITV Hub.