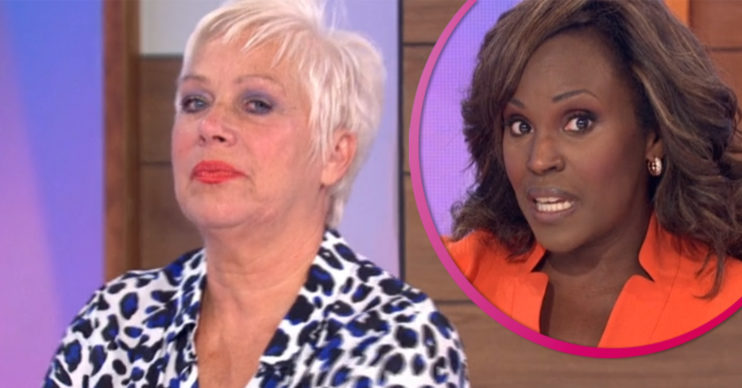 Loose Women star Denise Welch was left in tears as co-host Kéllé Bryan opened up on her health battle.

The 62-year-old presenter appeared on the ITV show today, alongside Kéllé, Andrea McLean and Carol McGiffin.

During the show, Kéllé spoke openly about the struggles of living with cerebral lupus.

What did Kéllé Bryan say on Loose Women?

As well as going into detail on her condition, the Hollyoaks actress shared an emotional clip from the beginning of her battle where she struggled to speak.

Where I have come from since 2016 is a massive long journey.

She said: “It was actually last week, Friday, I had my last truxima infusion.

“I have one every six months, which keeps my disease under control and enables me to live a practically normal life.

'Lupus, you're a part of my life, but you're not the whole of my life.'

Kelle spoke so powerfully with the #LooseWomen about living with lupus.

Read more: This Morning fans divided as Ruth and Eamonn host their final show before Holly and Phil return

“Which I am really grateful, because I am in a position where I can live a pretty much normal life.

“But obviously where I have come from since 2016 is a massive long journey.”

They then played clips of Kéllé battling with her speech, including one from a previous appearance on Loose Women.

The heart wrenching videos left Denise in tears as she sat alongside her co-stars in the studio.

Kéllé was praised by viewers for opening up about her personal struggles.

Taking to Twitter, one wrote: “What an inspirational amazing woman @kellebryan is #Lupus #LooseWomen.”

Another said: “Watching that clip on Kelle just broke my heart #LooseWomen.”

A third added: “Omg, you are all an inspiration! So moving today to hear your stories and thank you so much for sharing them with us. I cried along with you @RealDeniseWelch.”

Thank you @kellebryan for opening up, you are going to help so many people who are going through the same thing by sharing your story #LooseWomen

Speaking about how she had to start again following the illness, she said: “I had cerebral lupus… I lost the ability to speak, to read, to write and movement and coordination.

“I’m diagnosed with lupus but the lupus was on my brain, which means I had cerebral lupus, I then had a stroke.

“I lost three days of my life where I don’t remember anything at all.”

The former Eternal singer concluded: “Nobody should take their health for granted because you can always be alright today and then tomorrow something happens.”