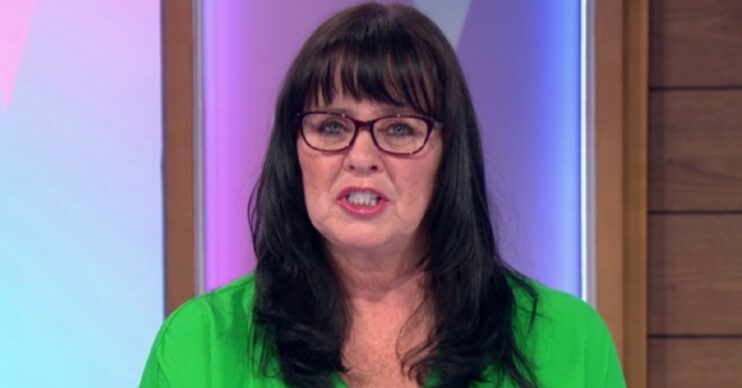 'He didn’t do anything!'

Loose Women star Coleen Nolan appeared to make a dig at her former husbands on the ITV show today (September 1).

The 56-year-old television star made the comment whilst discussing whether the term ‘single mum’ was outdated.

During the segment, Coleen was joined by her fellow panellists Linda Robson, Brenda Edwards and Kaye Adams.

Speaking to her co-stars, she said: “When I was married, I thought I was a single mum, because he didn’t do anything.

However, Coleen failed to mention which husband she was referring to.

I thought I was a single mum, because he didn’t do anything

The star was previously married to actor Shane Richie, who she met in 1986.

The pair got engaged on her 40th birthday in 2005 after a long romance.

During their relationship, Coleen and Ray welcomed daughter Ciara, 20.

They decided to call time on their marriage in 2018, after “fighting with every fibre” to make it work.

Meanwhile, earlier this week, Coleen showed off her new smile on Loose Women.

It came after years of wanting to get them done.

Debuting her pearly white teeth on the panel on Tuesday, Coleen admitted she couldn’t be happier with the result.

She shared: “I have finally, finally had the old gnashes done. It’s just something I’ve always, always wanted done.

“I really look at teeth on people and all of that and I think as well, when you’re in our industry as well, and everyone’s having them done and every time I watch things back on telly I think, ‘Oh, I need those teeth done!’

“And as a mum, because it is an expensive thing to do and I’ve put it off for years going, ‘No, I can’t justify it!'”

Coleen went on: “But the kids will be like, ‘But you’ll justify spending money on us!’ For the first time ever they said, ‘Mum, just do it!'”

One gushed: “Coleen’s teeth looking fab – good for her.”