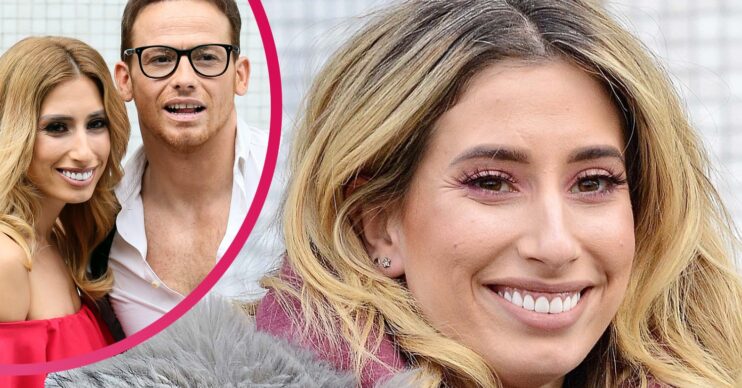 Stacey Solomon told her ‘life was over’ after teenage pregnancy

Loose Women star Stacey Solomon revealed she was told her ‘life was over’ when she had a baby at 18.

But their predictions couldn’t have been further from the truth.

The mum of four captured the hearts of the nation when she appeared on X factor in 2009.

And since then she’s enjoyed a flourishing career as a TV presenter.

Read more: Stacey Solomon accused of ‘ruining’ Bake Off: The Professionals as she hosts first show

She’s even become a top ‘cleanfluencer’, following in the footsteps of Mrs Hinch.

Loose Women star Stacey says some people wrote her off

Stacey, became pregnant with son Zachary,  at 17 while she was still at school.

had son Zachery, now 14, when she was a teenager.

She admitted to Best magazine in 2017 that it made her even more determined to succeed.

Four years after having her first son she gave birth to Leighton, now ten.

I wouldn’t have done life any other way EVER.

They also got engaged two-and-a-half years ago when Joe, 40, proposed on Christmas Eve.

Stacey recently told her Instagram followers: “I wouldn’t have done life any other way EVER.

“I’m so grateful for how it’s turned out and I genuinely believe everything happens for a reason.”

When are Stacey and Joe getting married?

The couple are getting married on July 25.

The venue will be their home in Essex, called Pickle Cottage, after they applied for a wedding licence for there.

Stacey and Joe will marry in their garden surrounded by close family and friends.

Joe’s son Harry, 13, and Stacey’s three sons will all be page boys.

The family dogs, Peanut and Teddy, will be wearing suits and ties.

Joe’s famous guests will include Leigh Francis and his Dancing on Ice partner Alex Murphy.

Stacey will be on Loose Women this week, on ITV every weekday from 12.30pm.

What do you think of this story? Let us know over on our Facebook page @entertainmentdailyfix