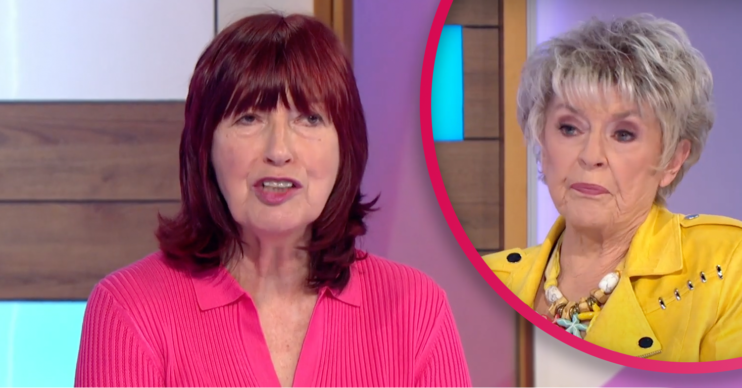 Viewers commented on simmering 'tension' between the pair

The ladies opened the show by debating Dominic Cummings’ epic bombshell statement about Boris Johnson‘s handling of the coronavirus pandemic.

And things got a little heated as the ladies offered differing views.

What did Loose Women presenters Janet and Gloria say?

Janet said she “wasn’t defending Dominic Cummings” but pointed out how the man himself seemed surprised to be selected as the PM’s chief advisor.

“Can I just interrupt and have a little bit of a say here,” Gloria said. “I personally think it’s the wrong time to be doing this investigation.

“We’re not out of the pandemic yet, I don’t want to hear about Boris Johnson and his fiancée – I think it’s negative.

Read more: Coleen Nolan is ‘looking forward to having sex again’ as she reveals she’s got a new man

“It’s a negative time, I wouldn’t want to sit and watch that at Westminster as it’s a lot of retaliation.”

If we’d have run things differently a lot of people might not be mourning their friends and family who they lost unnecessarily.

Janet countered: “Of course we have to have this Gloria as we have one of the worst death rates in the world.”

“We’re not the worst, don’t say it’s the worst when it’s not,” Gloria responded.

“If we’d have run things differently a lot of people might not be mourning their friends and family who they lost unnecessarily,” Janet chipped in.

The women were interrupted by Coleen Nolan, who attempted to diffuse the situation by shouting: “Miss! Miss!”

What did viewers say about the spat?

Many Loose Women viewers said they noticed “tension” between Gloria and Janet, with some claiming it appears as if the women don’t like each other.

“You can literally feel the tension between Janet & Gloria,” said one.

Read more: Denise Welch breaks down in tears as she admits her dad has been hospitalised

Another claimed: “You can tell that Janet and Gloria are not keen on each other, sense the tension.”

“Gloria and Janet can’t stand each other,” another commented.

Others commented that they couldn’t believe they were saying it, but Janet was right.

“How can you even defend Boris? The death rates are one of the worse in the world. Janet is right,” said one Loose Women fan.

“Is Gloria Hunniford having a laugh?? Sitting there saying Boris has done a good job,” said another.

A third was a little more harsh, though.

“Gloria Hunniford embarrassing herself on @loosewomen defending her Darling Boris to the hilt,” they said.