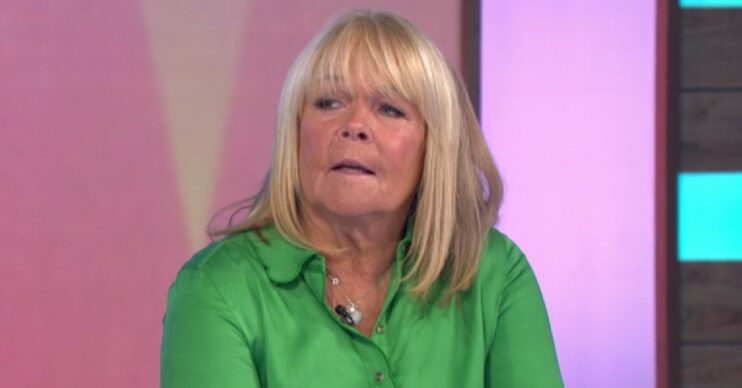 The 63-year-old Birds of a Feather actress is a mother to one son and two daughters.

But after welcoming son Louis with husband Mark Dunford, the star tragically lost a baby.

During today’s show, the panel went on to discuss the news of Jessie J’s miscarriage.

The singer recently revealed she had lost a baby following a pregnancy scan.

Reflecting on her own experience, Linda shared with viewers: “After I had Lauren and then Louis, I got pregnant again for the third time.

It was a really heartbreaking time

She continued: “You know, when you just know that it’s not the same as the other pregnancies and something’s not quite right there.

“So I rang the hospital and asked if I could come in and have another scan.”

Linda took her son Louis to the scan as she was convinced it was only morning sickness.

However, the actress received the devastating news there was no longer a heartbeat.

She added: “You have to go home knowing that the child is dead inside you and I had to come back the next day.

“That was a really hard day, like going home that night knowing that I’d have to go in and have suction the next day.”

“It took a while to come to terms with it,” Linda concluded.

Loose Women fans were quick to show their support to Linda.

“It’s crazy how people react that they feel that they can say anything they don’t stop to realise the loss the mother has just had. Never overcome that grief.”

It comes after Jessie J took to social media to share her own sad news.

The singer, who was due to play a concert in Los Angeles that night, posted: “I decided to have a baby on my own. Because it’s all I’ve ever wanted and life is short.

“To get pregnant was a miracle in itself and an experience I will never forget and I know I will have again. I’m still in shock, the sadness is overwhelming.”